Sweet Oil For Ears: Is It Helpful Or Not

Sweet oil is an all-natural product, predominantly used in cooking and cosmetic practices. It is also recognized as a remedy for conditions affecting the ears like pain and infections. While many have deemed it a successful quick fix, medical experts are yet to give it a thumbs up. In this article, let us find out what is sweet oil and if it is useful for earaches and associated conditions.

What is Sweet Oil?

Sweet oil is another name for olive oil. It is called so because the taste of olive oil is sweeter than other cooking and vegetable oils like canola oil.

Olive oil is an important part of Mediterranean cuisine. It is used in cooking as it is rich in antioxidants and monounsaturated fats. Aside from its role in the kitchen, sweet oil is considered for improving skin and hair health as well. It is a widely-known folk remedy for helping alleviate conditions affecting the ears.

Note: In commercial terms ‘sweet oil’ is often a blend of olive oil with almond oil or with essential oils. Also, sweet should not be confused with sweet almond oil as both of these are different products. 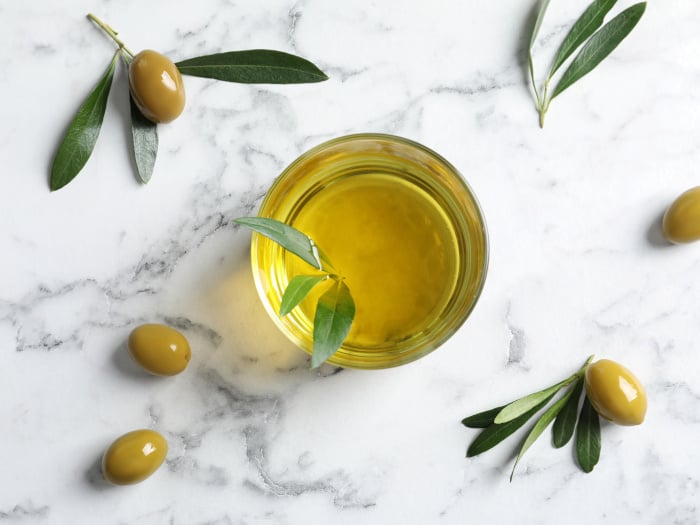 Herbalists and alternative medicine practitioners suggest using sweet oil to fight earaches and ear infections. It is also used for removing earwax. While these remedies are reported helpful by many, there is a lack of adequate scientific research.

An earache is characterized by a dull or sharp pain in the one or both the ears. Possible causes include arthritis of the jaw, sinus, ear infection, ear injury due to change in air pressure, a sore throat, buildup of earwax, or tooth infection. Earache in children may occur due to infection, ear canal irritation from cotton-tipped swabs, or soap in the ear.

One clinical trial shows that sweet oil may help treat a mild earache in children who have otitis media. Many remedies also include warming this oil and using it as you would use ear drops. However, there are no further studies to verify this claim.

For serious and prolonged ear pain, it is best to consult with a doctor before resorting to a home remedy.

Sweet Oil for an Ear Infection

Ear infections mainly occur when bacteria or viruses affect the middle ear. They are more common in children than in adults. While some go away easily, some infections require medical intervention.

A study published in the Pediatrics journal suggests that sweet oil may help in reducing the pain associated with ear infections. In this research, 171 children who had a middle ear infection were administered Naturopathic Herbal Extract Ear Drops (NHED). The contents of these eardrops include garlic, great mullein, calendula, St John’s wort, lavender, and vitamin E infused in olive oil. The results of this experiment suggest that these drops may provide some relief from earaches. However, a comprehensive study is yet to take place.

If you or your children are suffering from any symptoms of an ear infection, we suggest you talk with a doctor prior to trying a remedy.

Earwax is a naturally occurring substance that helps to protect your ears from water and infection.

Generally, excess earwax gets removed on its own but sometimes it gets stuck in the ear canal and one can experience earwax buildup or impaction. Common symptoms of this include temporary hearing loss, itching, ringing or buzzing noises, and pain in the ears. An immediate solution, according to many, is using a cotton swab to get rid of excess wax. But what they fail to understand is that cotton swabs push the earwax inside the canal leaving it trapped.

Many people suggest sweet oil for removing excess earwax. To validate this claim, a study was conducted by researchers from the University of Southampton. They found that olive oil is a better option instead of no treatment at all. Having said that, the study also showed that it is not as effective as the prescribed medication – triethanolamine polypeptide (commonly known as Cerumenex).

On the other hand, an article by the McGovern Medical School in Texas suggests otherwise. It states that sweet oil can birth a fungal infection in your ear and using this remedy should be avoided.

Most studies and doctors mention that earwax impaction is harmful when left unattended. So it is important that you see a medical expert if you are suffering from any of the above symptoms.

Sweet oil is often used for skin and hair care in the following ways:

Where to Buy Sweet Oil?

Sweet oil is regular olive oil so you can find it in your local stores. Most people prefer using extra virgin olive oil for uses other than culinary. You can also look for it in supermarkets or online stores. Many oils come with a limited shelf-life so do check the expiry date while you are purchasing it. Also, note that if it is not stored properly, it may go rancid and can have adverse effects.

Word of Caution: Although sweet oil is looked up for palliating earache and infections, there is no sufficient proof. Moreover, the remedy comes with certain risks. A study published in the Food Microbiology journal suggests that even filtered olive oil may contain a certain amount of microorganisms. If used without proper medical advice, this can amplify the infection instead of reducing it. Look for high-quality oil and sterilize the equipment if you are using this oil at home for your skin, hair, or ears.

Jinal, an ex-banker who has completed her MBA in finance from Mumbai University, is passionate about health and wellness. She is a social media enthusiast. She has completed an online program on “Introduction to Food and Health” from Stanford University, US. On weekends you can find her in cafes or movie theaters. Positivity drives her and she finds peace in cooking, reading, and coffee!
Rate this article
Average rating 0.0 out of 5.0 based on 0 user(s).
Latest Health News: