Cod fish is one of the most popular varieties of fish in the world, and besides being widely available, it is also packed with essential nutrients that can boost your health.

What is Cod Fish?

Cod fish is the broad name for a specific genus of fish, Gadus, although there are more than a dozen other species of fish that are called cod in their common names. The two most common types of cod are Atlantic and Pacific Cod, which are what most people have eaten in seafood restaurants. Cod is generally considered a healthy fish, based on its nutrient profile, and the oil from this fish is particularly sought after. Cod liver oil provides an extremely concentrated dose of omega-3 fatty acids and is often sold in supplement form. [1]

Cod typically grow to an average of 12-20 pounds, and they are very hardy fish that reproduce in vast numbers. The light texture of the fish and the ease with which it can be cooked have also made it one of the most popular types of fish in the sea. 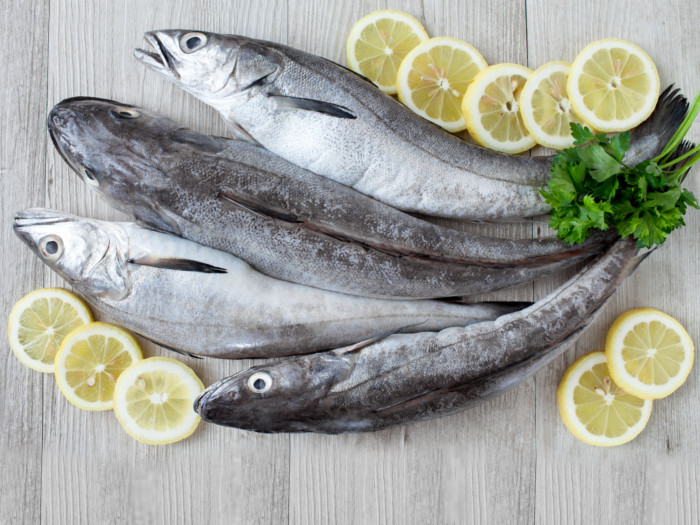 Cod is a hugely popular fish and has been part of the European diet since the Stone Age. Photo Credit: Shutterstock

According to the USDA National Nutrient Database, cod is particularly rich in protein, and phosphorus. Just a single 100-gram filet provides more than 35% of the protein you require each day, as well as roughly 85 calories and very high levels of omega-3 fatty acids. This fish is also a good source of vitamin C, vitamin E, potassium, magnesium and vitamin B12, among others. [3]

While there are much other fish that have adopted the name “cod”, some of the main types of true cod fish include the following.

The top benefits of eating codfish include its ability to protect skin health, reduce Alzheimer’s risk, prevent diabetes, boost immunity and improve heart health, among many others.

Omega-3 fatty acids are known to thin the blood and also reduce inflammation, both of which can help to boost cardiovascular health. [4]

Intake of codfish may help prevent coronary atherosclerosis, which occurs due to the narrowing of arteries as a result of a buildup of plaque on the artery walls. The fatty acids present in the fish act as potent antioxidants and prevent blood clots. [5]

Certain antioxidants like selenium and vitamin E, as well as omega-3s, have been linked to reducing neurodegenerative disease risk, including Alzheimer’s. [6]

Selenium and vitamin E can work wonders on your skin, and help prevent premature aging. [7]

Cod contains B vitamins which are essential for keeping your skin and hair healthy. Selenium, in the fish, helps boost hair growth and prevent hair fall by killing free radicals.

Various nutrients in this fish can boost bone health and help reduce inflammation, including the symptoms of arthritis, gout, migraines and irritable bowel syndrome (IBS). [8]

As a low-fat fish with no carbohydrates, this is an ideal meal for people with diabetes or at risk for this condition. According to a study by The American Journal of Clinical Nutrition, cod liver oil possibly reduces the risk of type 1 diabetes.  [9]

Research has shown that these fatty acids are able to balance hormonal levels and improve mood, while also improving the health of the nervous system. [10]

People who eat cod fish regularly have greater amounts of omega-3 fatty acids and as a result, lower blood pressure than those who consume less. This is according to data analyzed by the International Study of Macro-/Micronutrients and Blood Pressure. [11]

Cod fish is known for its ability to increase and improve muscle mass and is usually included in diets for bodybuilders. The fish is an excellent source of protein, which promotes growth and recovery of muscles. It also contains amino acids, zinc, and selenium, all of which help build muscle. [12]

Leukemia is cancer that occurs in the blood cells and the treatment for it includes chemotherapy and radiation. The side effects of these therapies is a loss of iodine in the body, which causes fatigue. Foods like cod can rebuild the body’s iodine levels. [13]

Cod is an excellent source of niacin, another B vitamin, that is often used to lower high cholesterol levels. [14]

A diet high in omega-3 fatty acids, especially from fish, gives protection against both, early and late, age-related macular degeneration. [15]

Pulmonary embolism occurs when a blood clot in the deep vein breaks away from its original site and moves through the venous system to lodge itself in the lung. A study found that people who ate fish, such as cod, at least once a week had a 30-45% lower risk of this serious condition. [16]

Selenium, in cod fish, has the ability to prevent asthma attacks by producing antioxidants. These powerful antioxidants help reduce free radical scavenging activity and in turn, severe asthma attacks. Studies also show that children who eat fish 2-3 times a week are at a much lower risk of developing asthma that children who don’t consume fish. [17]

How to Store Cod Fish

There are very few side effects to consuming cod, and these include:

Rate this article
Average rating 3.7 out of 5.0 based on 33 user(s).
Read This Next:
Popular Articles