There are many potential copper bracelet benefits that can be gained if you make this small accessory a part of your life and health regimen.

What is a Copper Bracelet?

The folk medicine tradition of wearing a copper bracelet has been around for thousands of years. Proponents believe that wearing the bracelet allows trace amounts of copper, an essential mineral, to rub off into the skin and be directly transferred into the bloodstream. Even today, copper bracelets can be found in many natural health food stores.

Unfortunately, many of the claims of wearing a copper bracelet have not been verified by research. However, copper itself as a supplement has many benefits. It is naturally present in many foods, such as nuts and shellfish, and copper deficiencies are very rare. High doses of zinc or vitamin C may cause a copper deficiency, or it may be a side effect of alcoholism. People may also inherit a genetic inability to absorb copper, or it may be the result of certain conditions affecting the central nervous system. 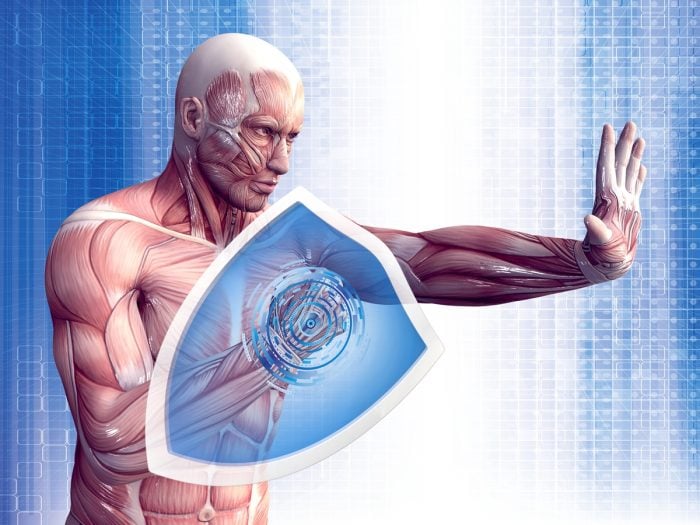 Vitamin C is one of the biggest immune system boosters of all. Photo Credit: Shutterstock

Proponents of copper bracelets specifically claim that the copper is absorbed by the body helps to regrow cartilage in the joints, which can thereby relieve arthritis inflammation and pain. Unfortunately, research has not substantiated this claim. Evidence suggests that copper bracelets act like a placebo on humans, despite animal studies providing some validity to copper being capable of delaying joint degeneration. [1]

Copper itself has a long history of being used to sterilize wounds. Copper is indeed antimicrobial, killing 99% of bacteria within 2 hours of exposure. However, direct contact is needed for these antibacterial properties to be effective, and it is not recommended for copper bracelets to be administered directly to a wound. [2]

Copper is integral to the production and distribution of white blood cells. A copper deficiency can result in a condition called neutropenia, which is characterized by having too few white blood cells, causing the body to be unable to fight off infection. This has been seen most frequently in infants, such as in this case study published in Antioxidant Nutrients and Immune Functions, conducted by Joseph R. Prohaska and Omelan A. Lukasewycz, as well as in infants that are born with Menkes, which causes a severe copper deficiency. In a study done on a small group of infants with copper deficiency, copper supplements boosted white cell function. However, the amounts used in copper supplementation are much higher than the micro-amounts that a body may absorb from wearing a bracelet. [3]

Copper is an antioxidant and is needed for the production of collagen and elastin by the body. Collagen and elastin are responsible for not only the connective tissue of the joints but also the structural support of bones and skin. Collagen support can help fight the signs of aging, such as sagging skin and wrinkles. [4]

Imbalances of copper and low copper levels have been linked to neurodegenerative conditions. Dysfunctional copper metabolism has been linked to Alzheimer’s disease, leading to excessive build-ups of copper in the brain. However, other studies have suggested that copper supplementation may actually help prevent the onset of Alzheimer’s, or at least interfere with parts of its progression. However, human study is needed to substantiate any claims, particularly in connection to the efficacy of copper bracelets. [6]

In the Ayurvedic medicinal tradition, copper is a powerful element. Copper vessels are used for sterilizing drinking water, and copper jewelry is worn on the skin to transfer trace minerals of copper, zinc, and iron. Copper bracelets are recommended for joint inflammation and pain, skin ailments, headaches, epilepsy, and lung disorders.

Although copper toxicity is a danger, the amount of copper that may be absorbed by wearing a bracelet is so minuscule that there is no likely serious risk of side effects. Some people with metal allergies may experience irritation, and there may be discoloration of the skin upon contact and sweating, but generally, this is a safe practice, albeit a controversial one.

Rate this article
Average rating 4.1 out of 5.0 based on 69 user(s).
Read This Next:
Popular Articles