If your recipe calls for dill, but you’re out of it, it’s helpful to know a good dill substitute. Dill is a unique herb and is widely cultivated and sought out in Europe. Interestingly enough, both the seeds and the leaves of the dill plant may be used as spices or herbs in food, commonly known as “dill weed” (leaves) and “dill seed”. Dill leaves are often used to add some flavor or spice to fish dishes, soups, and stews. The flavor may often be compared to caraway, and these herbs are often used together.

Dill seed, on the other hand, is more commonly used as a spice and can be ground down and used in many different dishes. The flavor of dill seed might also be slightly milder than dill weed, making it easier to replace with a dill substitute. Dill comes in many forms around the world and can be found in national cuisines from India and China to Europe and the United States. Therefore, if you are in the middle of cooking and realize you’re missing this critical ingredient, you want to replace it with the right herb! [1]

The best dill substitutes, which mimic that herb’s flavor, nutritional components, health benefits – or all three – may include fennel, thyme, rosemary, tarragon, and parsley, among others.

One of the best replacements for dill leaves may be fresh tarragon, as the flavor is remarkably similar – both are reminiscent of anise. This strong flavor may be an important component in many meals, but it can be difficult to use dill leaves in certain recipes, as heat can cause the flavor to disappear and the nutrients to be compromised. Fresh tarragon, on the other hand, can be thrown into soups and stews, delivering the flavor you want from dill. [2] 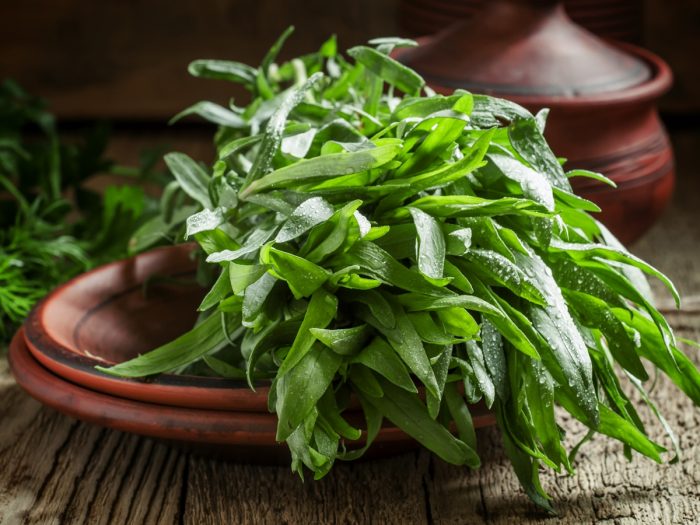 If you are preparing a marinade or a salad dressing of some kind, and find yourself without fresh dill leaves, basil can work as a great replacement. Although the flavor may slightly be different, the taste of basil is quite complementary to dishes where dill is often added. Basil is also widely available around the world and is relatively inexpensive. Pasta, salads, and pickled foods can also benefit from basil if you need to find a reliable dill substitute. [3]

One of the mildest herbs you can use as a dill substitute may be parsley. It is easy to find, inexpensive, and won’t dominate a dish with an overpowering flavor. Sometimes dill can be a bit too much in a given meal, but parsley adds a bit of an earthy spice while remaining complementary to many other flavors, particularly in soups, stews, curries, and salad dressings. [4]

The feathery tops of the fennel plant might be an ideal alternative to dill, as they have a very similar flavor. Just like tarragon, there is a mild licorice or anise flavor in fennel, and once you add it to a dish, it is difficult to tell whether you’ve used dill or fennel. Although fresh fennel isn’t the most common thing to find in your fridge, it will do in a pinch as a dill substitute. [5]

As described above, dill might have the annoying property of losing much of its flavor when it is heated or cooked in a stew. Thyme, on the other hand, with its antioxidants and active ingredients, will retain its powerful flavor throughout the cooking process, thereby making it a very popular dill substitute. [6]

Famously used to flavor meat dishes, or used as a garnish, rosemary may be a pungent herb that can mimic some of the flavors of dill when added to a meal. [7]

Rate this article
Average rating 3.8 out of 5.0 based on 68 user(s).
Read This Next:
Popular Articles