Knowing what fenugreek substitutes you have at your disposal can help you finish any recipe that calls for this popular plant.

Fenugreek is an annual plant, scientifically known as Trigonella foenum-graecum,  [1]that is widely cultivated for its leaves and seeds, which are used as herbs and spices, respectively. Fenugreek leaves have a slightly sweet aroma, but they have a bitter taste, as is true of the seeds. The spice and the herbs are often used interchangeably in recipes, but they do give slightly different flavors to each dish.

One of the components of curry powder is ground fenugreek seed, so there are already elements of the flavor in this spice mix. [2] 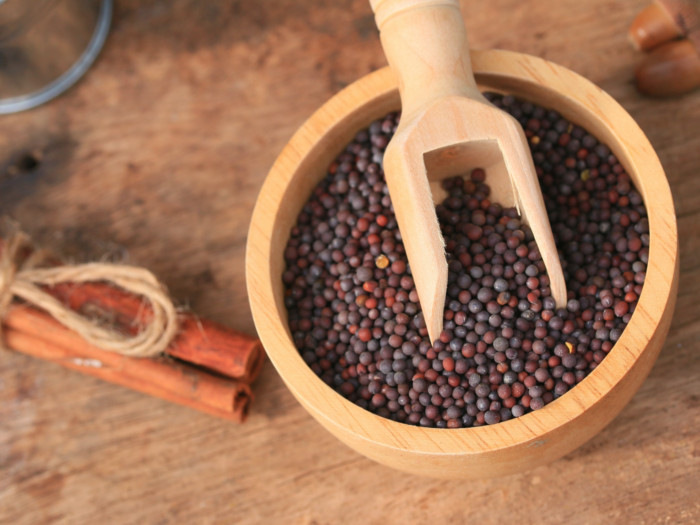 Mustard seeds can be used whole or as a paste. Photo Credit: Shutterstock

Although the flavor of fennel seeds is slightly different than fenugreek, there are enough similarities for this to be a popular replacement. [3]

Boasting some of the same chemical components as fenugreek, maple syrup has a similarly sweet smell to this popular spice. Use a few drops of maple syrup, as it can be overpoweringly sweet. [4]

Fenugreek leaves have a slightly bitter taste and can be substituted with Chinese celery leaves, watercress, or spinach.

The leaves of Chinese celery have a bitter flavor that can closely mimic the taste of fenugreek leaves, and can be used in an equal proportion, either in dried or fresh forms.

With a taste that is very similar to celery leaves, watercress is a simple and inexpensive way to substitute for that slightly bitter taste of fenugreek in your meal preparation.

Spinach is known as a bitter leaf, so adding spinach can impart a bit of bitterness to a dish, but you will need to use more spinach than the recipe calls for in fenugreek, as the taste is more subtle.