For centuries, tea has been utilized by cultures around the world for its array of health benefits and calming effect. White tea is no exception; it has a variety of health benefits, which include improved oral and skin health, antioxidant and cardioprotective properties, and weight loss benefits. With its antibacterial properties, white tea also protects the body from various infection-causing bacteria.

Tea that has not been processed in any way after drying is often called white tea. The name “white tea” is also given to tea prepared from immature or young buds, which leads to a milder flavor of the brewed tea. Either way, white tea describes the leaves of the Camellia sinensis plant and is one of the most popular varieties of tea in the world.

There are different types of tea that exist in the market. Green tea, black tea, hibiscus tea, and chamomile tea are examples of common types of tea. Intake of tea has for a very long time been known to have positive effects on human beings, and this is why people refer to it as the key ingredient to wisdom, happiness, and perfect health.

Though it is considered a common beverage, it has plenty of health benefits, which have been researched in several studies.

Green and black teas are considered equally beneficial, but it is the white tea that undergoes the least processing, which helps in retaining high levels of phytochemicals. Due to minimal processing, the production of white tea requires much less time and labor as computed to black tea or green tea.

History suggests that white tea may have originated in China. With ever-changing dynasties of China, the production of white tea also changed. Over time, various types of tea were created using a selected type of tea bushes.

White tea contains nutrients and antimicrobial qualities that help protect the body against many chronic diseases. It contains tannins, fluoride, and flavonoids such as catechins and polyphenols. These compounds are responsible for the various benefits this tea provides.

The health benefits of this variety of tea include: 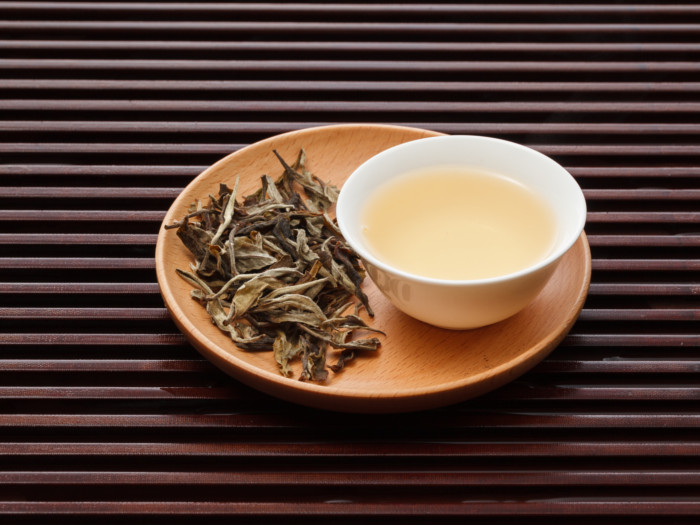 The presence of free radicals in the body is what leads to the damage and suboptimal function body organs. It contains polyphenols which help in neutralizing these free radicals. Results of one study suggest that this tea may increase the antioxidant effects of organs as well as plasma. Another study investigated the neuroprotective effect of white tea extract on hydrogen peroxide-induced toxicity. The results of this study showed that the tea extracts had antioxidant properties that provided some cell neuroprotection.

As mentioned, free-radicals contribute to an accelerated aging process, along that comes with other challenges associated with advancement in age. White tea, with its antioxidant properties, may also reduce the risk of premature aging and reduce the visible signs of aging for some people.

This tea may also help in maintaining healthy and youthful skin. The use of this tea is recommended given its antioxidant properties, which help in quick repair and recovery of damaged skin. It is also beneficial in protecting the skin against the effects of ultraviolet light, according to one study, giving it some photoprotective properties.

The health benefits of white tea include improvement in oral health. The presence of polyphenols, flavonoids, and tannins that are thought to help in inhibiting the growth of various bacteria that may cause plaque formation. The fluoride content found in this tea may also be effective in reducing the risk of dental caries or tooth decay. However, much of the evidence is inconclusive, and more research is needed to prove these beneficial effects.

According to a study published in Cancer Prevention Research, white tea extract accelerated cell death in a certain kind of lung cancer cells. The study states that white tea may have an anti-cancer effect; however, further, more extensive research is needed to confirm these beneficial effects.

One research study suggests that intake of white tea may provide relief to diabetics from symptoms such as excessive thirst (polydipsia), decreased plasma glucose levels, and increased insulin secretion. While more research is needed in this population, these are promising preliminary results.

Flavonoids found in various food products, including such as white tea, fruits, and vegetables, are associated with a decreased risk of many cardiovascular disorders. Flavonoids are thought to contribute to the decrease in blood pressure. The tea also helps in treating dyslipidemia, endothelial function, and inhibits low-density lipoprotein oxidation.

As mentioned, white tea has antibacterial properties, which can protect our skin from bacteria and other germs. Various products such as hand soap are made using this tea as a key ingredient. Consumption of white tea helps in protecting our body from infection-causing bacteria and other microorganisms.

White tea is thought to be a good remedy for various common ailments. The intake of white tea provides relief to those suffering from the flu and the common cold given its unique profile of antioxidants.

Busy schedules and inappropriate food choices an easily lead to unwanted weight gain. Shedding off that gained pound or kilo may not be easy especially if there is no time for physical exercise. Studies suggest that intake of white tea may prevent adipogenesis, which is the process of formation of fat cells, and may control the life cycle of these fat cells called adipocytes. White tea appears to be a boon, and appropriate to add to almost any and all diets for weight reduction.

How to select & consume White Tea?

It is ideal to drink white tea when bought and brewed in the form of loose leaves. Consuming tea brewed from these leaves provide guarantees the existence of nutrients in their actual form, which is considered better than tea bags that have undergone processing.

The brewing process of white tea is similar to that of other types of tea. It is always recommended that pure or clean water should be used in brewing. The water should be heated through, but not brought to the boiling point, as this may destroy the sensitive components.

For a more concentrated tea which is rich in flavor, steeping the tea for longer than usually recommended. One to two teaspoonfuls of white tea leaves is the ideal quantity per cup.

The intake of around 2 to 4 cups daily, as opposed to just one, has numerous health benefits. There is nothing wrong with using the same tea leaves in preparation for more than one cup of tea. Not only is this cost-effective in a monetary sense, but it also allows you to extract all the nutrients in those tea leaves. The important point to note is that the second brewing should take longer than the first one.

Try out different types of white tea that are available in the market to spice up your tea intake. Celebrate good health by increasing the intake of white tea today.

Is white tea good for you?

Yes, it is good for you, given its antioxidant content. As with other types of tea, it contains organic compounds and anti-aging substances that can help to reduce oxidative stress and prevent certain chronic diseases. It can help to protect the skin from ultraviolet light and even boost the strength of the immune system.

How much caffeine is present in white tea?

There are only 28 milligrams of caffeine in one 8 ounce cup of white tea, which gives it a relatively low level in comparison to other caffeinated beverages, such as coffee or green tea. For example, a similarly sized cup of coffee averages about 95 milligrams of caffeine, more than three times the amount in white tea. In other words, it can provide an energetic boost, but isn’t as addictive and doesn’t result in withdrawal symptoms.

How to make white tea?

It can be made using the following steps:

A tea that tastes so unique and refreshing, it is bound to have some health benefits. Let's see a DIY of how to make this tea at home!
4 from 2 votes
Print Pin Rate
Course: Beverage
Cuisine: Chinese
Keyword: white tea
Appliance: Stove
Cook Time: 15 minutes
Total Time: 15 minutes
Servings: 1 cup
Author: Sakina Kheriwala

Avoid reusing the tea leaves as that can weaken the taste of your tea. If you are wary of the temperature of the tea, it is advisable to use a thermometer to gauge the correct temperature. If you are using hard water, be careful as it can affect the taste.

Where to buy white tea?

White tea can be purchased at any grocery and natural health stores, as there is no debate about its health benefits. Tea is consumed in huge quantities all around the world, and while white tea is produced less than any other variety, it is still widely available. You can buy it in major big-box stores like Target and Walmart, as well as at independent herbalists, coffee and tea distributors, and farmers markets.

Rate this article
Average rating 4.1 out of 5.0 based on 533 user(s).
Read This Next:
Popular Articles