Irish Breakfast Tea: How Is It Different

There’s a famous saying that goes as follows, “Being Irish, if tea cannot fix it, it’s a serious problem.” The Irish are known for their love for tea. It is customary in Ireland to drink tea anytime during the day, leave alone in the mornings. Additionally, it is considered as a cure for almost anything under the sun- from a bad mood to flu. The Irish breakfast tea is perhaps their most conventional drink and is a blend of several black teas. Let us find out more.

What is the Irish Breakfast Tea? 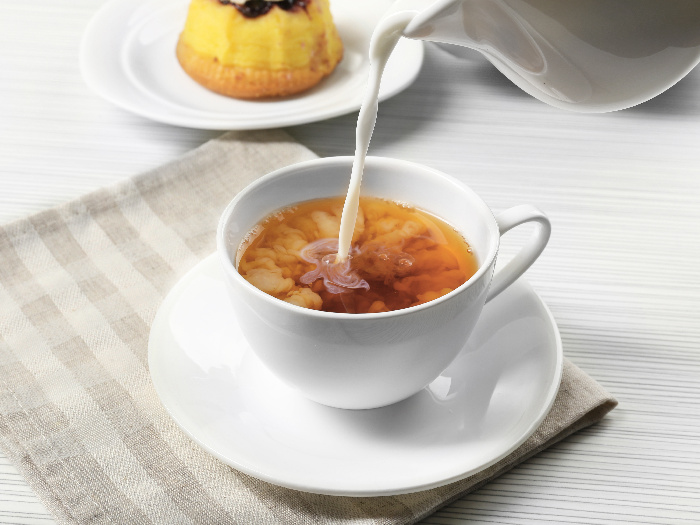 Owing to its strength, some people like to add milk to Irish Breakfast Tea. Photo Credit: Shutterstock

If Irish tea is a blend of black teas like Assam tea, Scottish breakfast teas are an invigorating combination of leaves originating from modern-day Sri Lanka, Africa, and Darjeeling. English tea, on the other hand, is made of a superior blend of high-quality Chinese, Indian, Kenyan, and Ceylon tea leaves. According to a paper published in the Czech Journal of Food Sciences, an average cup (237 ml) of black tea contains 47 mg of caffeine but can contain as much as 90 mg as well. A cup of green tea of the same quantity contains somewhere between 20-45 mg of caffeine. Scottish breakfast tea is considered to be the strongest and the boldest flavored tea out of the three. [1]

How to Make Irish Breakfast Tea?

It is fairly simple to make Irish breakfast tea. To make the beverage, all you need is 200 milliliters of water, 8 grams of Irish breakfast tea leaves, 200 milliliters of milk and 2 tablespoons of sugar. If you prefer, you can also add a pinch of Himalayan pink salt. This entire recipe should ideally not take you more than 20 minutes. Let us take a look at the easy recipe below.

As an option, you can add whipped cream and cinnamon powder as a garnish. Note that you can also replace the regular milk with almond, toned or soy milk if you’re vegan.

What can you serve along with Irish breakfast tea?

One thing Ireland is truly known for is their wholesome and hearty breakfasts. Needless to say, the Irish breakfast tea is an important component of this meal. The meal consists of local produce and homemade food items. Typically, Irish tea goes really well with Irish tea cakes, sausages, bacon, baked beans, eggs, scones, toast, butter, marmalade, potatoes made into a hash and oatcakes.