Knowing good molasses substitutes is helpful when making recipes that call for this sugarcane-derived sweet syrup. A thick, dark, sweet syrup, molasses is a byproduct of the sugar refining process. It is most commonly made from sugarcane and is called cane syrup in some regions. Molasses is popular in the southern United States, as well as in some tropical regions where sugarcane is grown. It has a distinctive, somewhat bitter flavor alongside the sweetness, and is used to make gingerbread and other desserts.

Molasses substitutes are important to know because, outside of the South, this sweetener is decidedly less popular. If you don’t live in an area where it’s common, you might keep it in your pantry, or be able to find it easily in a supermarket. The bitterness of molasses is not pleasant to everyone, even in recipes like gingersnaps where it is called for. Fortunately, it’s easy to substitute other sweets for molasses that may be more palatable to everyone. You can use maple syrup, honey, or corn syrup, among others, as a molasses substitute. [1] 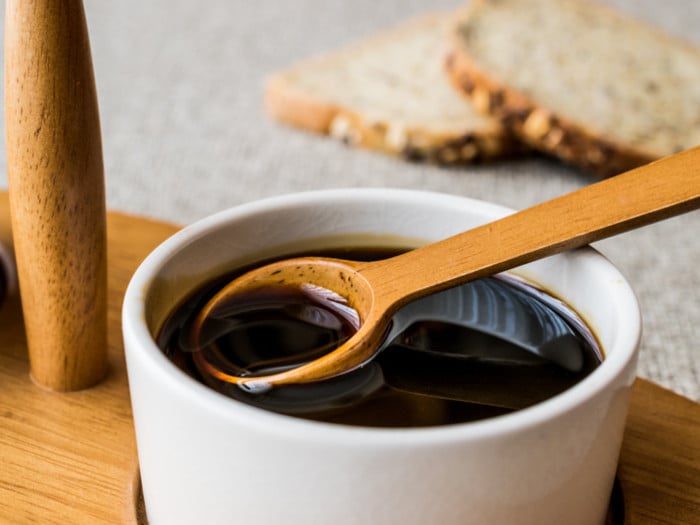 Molasses is a thick syrup made during the sugar-making process. Photo Credit: Shutterstock

Especially in northern regions where sugar maples are grown, maple syrup is a popular sweetener, although it is also quite expensive. It is less bitter than molasses as well and is far more versatile in the kitchen as an ingredient to keep on hand.

While it has a milder taste than molasses, honey is very easy to find and has a similar consistency. It also delivers a number of nutrients and minerals that are lacking in molasses, although it is not an acceptable vegan substitute for everyone, as it is derived from bees. [2]

Since it contains molasses, brown sugar is similar in flavor to molasses. Reduce the amount by 25% when using this replacement. Regular granulated sugar will also work in a pinch. 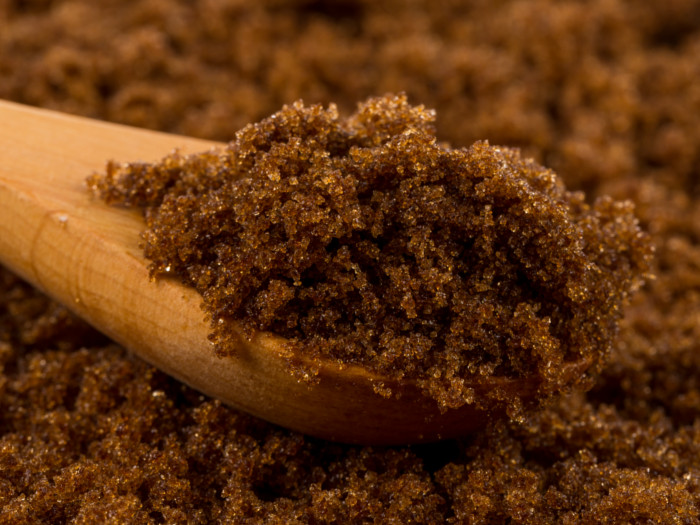 This is one of the least expensive molasses substitutes. Use the dark variety to more closely replicate the taste of molasses in baked goods, and use in moderation, as the high level of fats in this syrup can have a negative effect on health when consumed in excess. [3]

The sugars naturally occurring in applesauce make this a good alternative to molasses. The apple flavor will come through in the recipe as well, so consider what your final flavor profile is intended to be prior to using this substitute.

Although the taste is quite different, yogurt has similar characteristics to molasses when used in baking. Reduced- or non-fat types are healthier options, and unsweetened yogurt will reduce the amount of sugar in your desserts. [4]