Oregano Oil Side Effects You Should Know About

We all know about oregano, the famous Italian herb, commonly used as a topping on the various kinds of delicious pasta and pizzas. But there is also a more concentrated version of it, which goes by the name of oregano essential oil or oregano oil. It is often used as an herbal supplement due to its amazing health benefits which include fighting inflammation, infections, and parasites. Not just that but it is also known to improve gut health and digestion. Amid all these good aspects of this oil, what often goes unnoticed is the fact that it also has a few side effects, which range from mild to severe. Oregano oil side effects may include an allergic reaction, pregnancy-related problems, and blood-related disorders among others.

In this article, we talk about these oregano oil side effects in detail – how it may have certain negative influences on the body even though it has a rich nutrient profile. It is important to note that oregano oil is not usually used in cooking until and unless suggested otherwise or for some specific health condition. The most popular usage of this oil lies in its topical application over wounds or inhalation for some specific health conditions. Given that, let’s take a look at these side effects below.

The main side effect of oregano oil lies in its over-consumption. Unlike its herb counterpart, oregano oil is very concentrated. This makes it easy to take too much of it at once. Always use this oil as directed by your doctor, herbalist, or any other medical professional. An ideal dosage should not exceed one-two drops at a time. Too much oregano oil can be damaging to your health. [1] 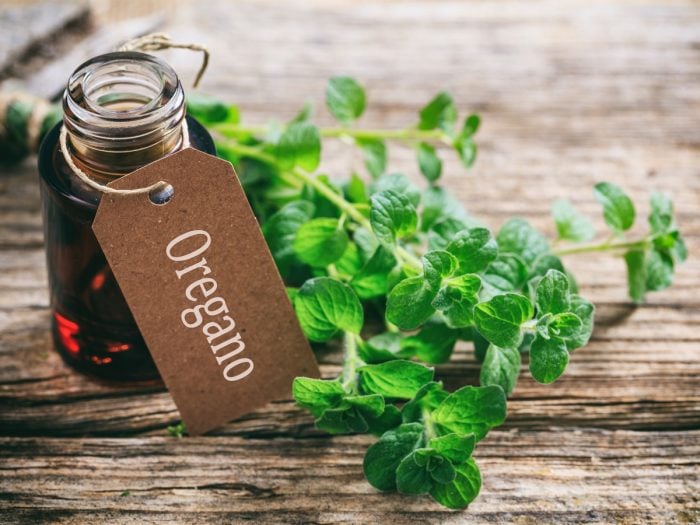 It is strictly advised to see a doctor if you experience any discomfort after using this oil. This discomfort may come in the form of a rash, palpitations, or an upset stomach. Inhalation of oregano oil, in case of an allergy, can severely damage the air passage and cause inflammation as well. It is also suggested to see a doctor if you experience fatigue, muscle pain, headache, and any difficulty while swallowing food. Moderation is advised during usage and a medical prescription is even better.