The Paleo diet is one of the most popular modern diets for a number of reasons, but before following any new diet fad, it is important to understand all of the relevant details.

What is the Paleo Diet?

The Paleo diet is a diet based on the idea of only consuming food that was presumedly available to those early humans who were alive in the Paleolithic Era. That is where the name is derived from – Paleolithic – but other common names include the caveman diet or the Stone Age diet. While there are some immediate holes in this approach, given how far humans have evolved from those early days, there are some potential benefits of eating in this way. As you may expect, the typical Paleo diet practitioner consumes primarily nuts, seeds, fruits, vegetables, meat and root vegetables, while avoiding any overly processed foods, as well as dairy products, which would have required livestock cultivation.

For the past 30 years, the Paleo diet has gained popularity, particularly because this slimmed down version of dietary intake is similar to other popular dietary trends of recent decades. The Paleo diet can be practiced for a short time as a form of a body cleanse, although many people follow the Paleo diet for extended lengths of time, similar to vegetarianism. There is extensive debate about the true health benefits of the Paleo diet, and some of the claims about its effects are considered controversial. That being said, with a focus on lean meat, healthy carbs and a lack of processed foods, there is plenty of good aspects to the diet, provided you avoid nutrient deficiencies in key areas. [1] 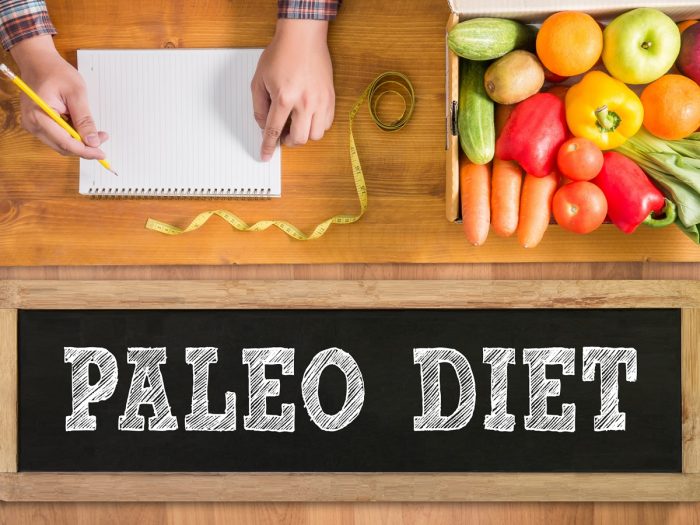 If you decide to follow a Paleo diet, there are numerous foods that you will almost certainly consume, as well as many you must avoid.

Some of the main foods that will be included in this diet are:

If you are following a Paleo diet, there are numerous foods that you want to completely eliminate, such as:

Benefits of the Paleo Diet

Few impressive health benefits of a Paleo diet include the following

Most of the foods that you are consuming have some content of beneficial fat or antioxidant, both of which are known to help improve mental health by promoting more balanced hormones and preventing neurodegenerative diseases.

This diet is high in raw vegetables, which have high levels of fiber, and can, therefore, help to improve digestion by stimulating peristaltic motion and preventing symptoms of constipation, bloating, cramping, and stomach upset.

By removing processed foods and many artificial flavors, sweeteners, and additives, you are more likely to avoid allergic reactions and can train your body’s immune system to be less sensitive. [4]

By eating “clean” through a Paleo diet, many people report higher energy levels. Removing the simple carbohydrates in bread and junk foods, you will also have a better idea of your body’s energy needs. [5]

Cutting down on fats and artificial sugars, you are much better able to control your caloric intake and create a calorie deficiency to aid weight loss.

There is some controversy about the safety of this diet for certain people, and there are some side effects that will likely affect everyone, such as diarrhea, cravings, bad breath, and hypothyroidism, among others.