When you need a substitute for Cornstarch in the kitchen, there are quite a number of viable replacements, both in consistency and nutritional profile.

The most popular options as a substitute for cornstarch include arrowroot, psyllium husk, ground flaxseeds, glucomannan, wheat flour, and tapioca, among others.

As the most basic and readily available replacement in the kitchen, wheat flour can replace cornstarch in a variety of recipes, since it also works as a great thickener. However, you will need to use about 3 times as much flour as cornstarch to create the same thickness in a liquid. Furthermore, it will take longer for you to cook the wheat flour to an even consistency, and to eliminate the flavor of the wheat. [1] 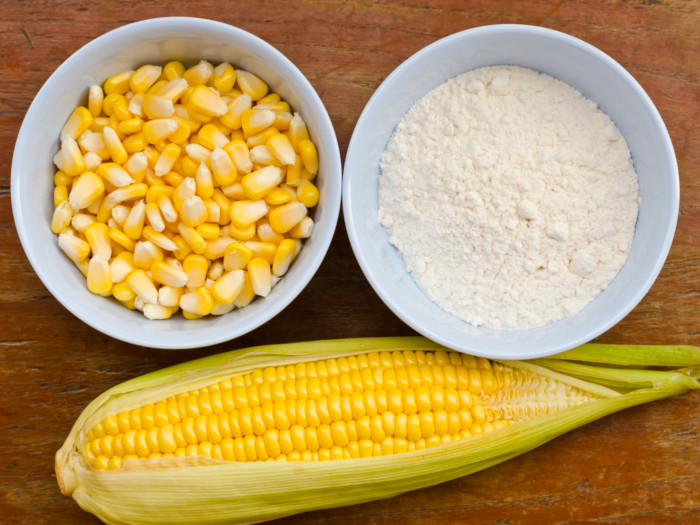 Since cornstarch tends to produce a glossy and smooth finish to a sauce, many people choose arrowroot over wheat flour. Creating the same sort of smooth consistency as cornstarch, arrowroot can be used in about the same measurements in a given recipe. That being said, you may need to cook arrowroot for slightly longer to achieve the same consistency as when you are cooking cornstarch. [2]

This substitute for cornstarch is made by crushing potatoes to release their starch content and then drying this material. Potato starch can basically be used in a 1:1 ratio to cornstarch and will behave very similarly in preparations. The good news is that potato starch has a very subtle flavor and is considered bland by most people, so it won’t impact the end result of your recipe. [3]

The somewhat neutral flavor of tapioca makes it an excellent substitute for cornstarch, but in some recipes, it will not hold up or act as a good thickener. You will also need approximately 2 times as much tapioca than cornstarch; for example, if 1 tablespoon of cornstarch is enough to thicken one cup of liquid, you will need 2 tablespoons of tapioca to have the same thickening effect. [4]

When rice is finely ground, it can be processed into rice flour, which works as a very effective thickener in recipes, particularly in thickening clear liquids, due to its clear color. Rice flour is also gluten-free, so for people who don’t want to use wheat flour as a substitute, this is an obvious choice. In terms of the ratio, you will want to use twice as much rice flour as the recipe calls for (in cornstarch). [5] 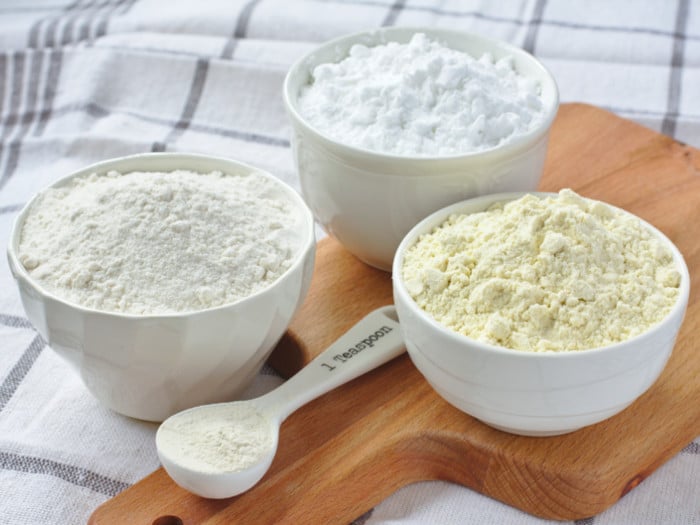 If you are out of cornstarch, there are plenty of substitutes to choose from. Photo Credit: Shutterstock

This somewhat rare substitute is made of the roots of the konjac plant. When blended with water, it forms a jelly-like and thick substance, so you don’t need to use much of this pure fiber to replace cornstarch. In fact, you only need 1 teaspoon of glucomannan for every 2 tablespoons of cornstarch. [6]

This relatively pure form of soluble fiber is a very popular replacement for cornstarch, having low carbohydrate levels, but a lot of dietary fiber, helping it boost digestive health. You also don’t need much of this to substitute cornstarch, as it is a very concentrated form of fiber. [7]

Most people use corn starch because of its smooth consistency, but these flaxseeds have a tougher outer shell, so even when ground, it can be a bit gritty. However, these extremely absorbent seeds can quickly thicken different sauces and liquids. [8]

Rate this article
Average rating 3.6 out of 5.0 based on 9 user(s).
Read This Next:
Popular Articles