What are the Benefits of Udo’s Oil

Udo’s oil is a nutritionist-designed blended oil that offers a wide range of health benefits. It is named after a scientist who invented it, named Dr. Udo Erasmus. Let us take a look at its amazing health benefits and nutrition below.

What is Udo’s Oil?

After earning his Ph.D. in nutrition, Dr. Erasmus created an oil that had twice as many omega-3 fatty acids as omega-6 fatty acids, as well as a mix of saturated and unsaturated fats. It is primarily taken as a health supplement and can be eaten with food.

There are approximately 120 calories in one tablespoon of Udo’s Oil. Of the 14 grams of fat, 1.5 grams are saturated fat and 12.5 grams unsaturated fat. 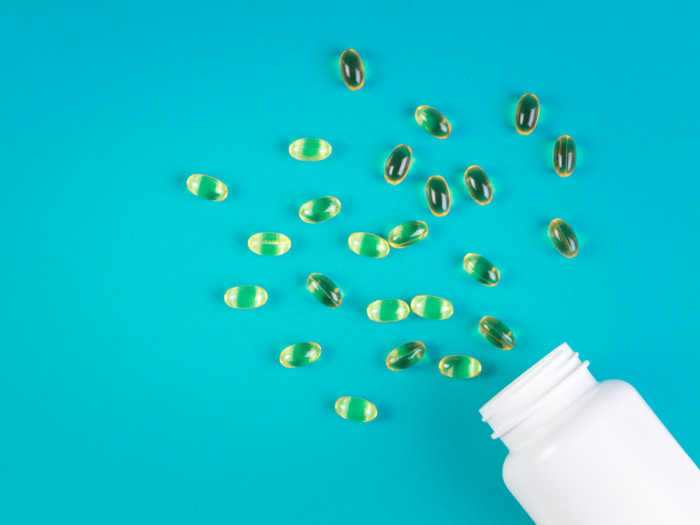 Udo’s Oil is a supplement that provides fatty acids, including omega-3, -6 and -9s. Photo Credit: Shutterstock

Udo’s oil has quite a few health benefits. Let us take a look at them.

How to Add Udo’s Oil Into Your Diet?

You can supplement your diet with Udo’s Oil by the spoonful, just as you might do with cod liver oil. However, you can also easily add it to dressings, soups, health drinks, and mashed potatoes!

For maximum nutrition, try not to heat up the oil in hot dishes, but rather add it at the end, or else you may compromise or neutralize some of the beneficial effects!

Rate this article
Average rating 4.1 out of 5.0 based on 11 user(s).
Read This Next:
Popular Articles