The use of vitamin B17 is controversial but potentially beneficial in certain ways for human health.

What is Vitamin B17?

Vitamin B17 is more commonly known as amygdalin, which is a chemical compound found in certain foods, most famously the pits of apricots, as well as apple, pear, plum, and peach seeds. The reason that amygdalin is so well known is that it can partially be broken down into cyanide within the body, which can be potentially toxic, so excessive consumption of amygdalin is not recommended. However, it has also been used widely in traditional and more modern medical practices for the treatment of certain chronic illnesses.

However, there is a great deal of controversy surrounding vitamin B17, even regarding its classification as a vitamin. Many people also mistake vitamin B17 for laetrile, which is a synthetic variety of amygdalin. It is known for its controversial treatment of cancer. However, more research studies are required to corroborate the claim. [1] [2]

A study published in the Interdisciplinary Journal of Contemporary Research states that the main reason why this is considered effective for cancer is the production of hydrogen cyanide, that, according to the researcher, when given in small doses, can seek out cancerous cells while leaving other cells unharmed. This hasn’t been strongly corroborated by evidence, and in fact, has largely been disproved, but people still want to try this supposed miracle cure.

Due to the increase in demand for apricot kernels and the elevated risk for cyanide poisoning in those attempting to naturally heal themselves with amygdalin, vitamin B17 was deemed to be illegal in the United States in 1977. More specifically, it was cited that many of the claims were unfounded, and the risk of cyanide poisoning was too great. That being said, the debate over these supplements continues to this day, and it continues to be used in some cancer treatment programs in other parts of the world. [3] 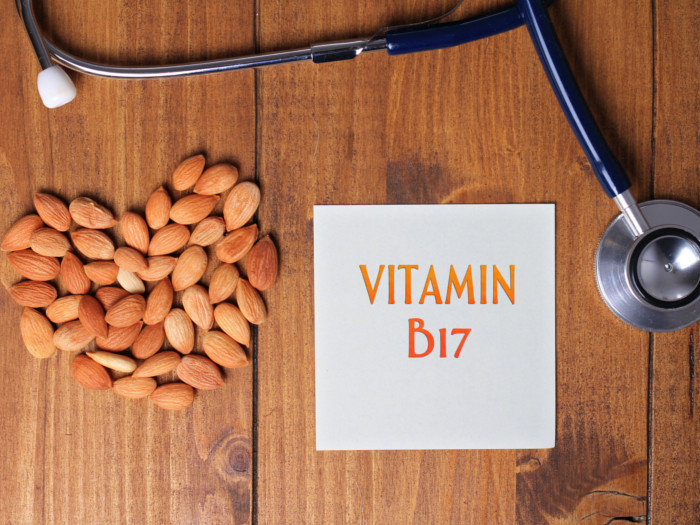 The potential benefits from vitamin B17, when taken in moderation include a reduction in blood pressure, a boosted immune system, relief from pain, and its supposed anticancer potential among others.

Some of the active compounds in vitamin B17 (amygdalin) do have other effects in the body, such as the production of thiocyanate, a well-known compound that can suppress the blood pressure. For those people suffering from hypertension, this can be an excellent way to keep your blood pressure in check and lower your risk of atherosclerosis, heart attacks, stroke, and coronary heart diseases. [4]

This is the most controversial aspect of this vitamin since it is praised by some and denounced by others as an effective approach to cancer. While many experts say that it has little to no effect, leading to the banning of this substance in the United States, other more natural or holistic practitioners continue to use this vitamin in other parts of the world, claiming that the hydrogen cyanide is able to counter the effects of cancerous cells and neutralize them. Dr. Ramalingam, Vani Jaiswal (et al.), published a study in the Biochemistry and Biophysics Report, which stated that Vitamin 17 in certain doses can be the next step in cancer therapy, however, it should be administered through IV and not oral as the latter can result in toxicity. Studies are still ongoing to prove Vitamin 17’s role in reducing the risk of cancer. [5]

There is some evidence that tightly controlled use of this vitamin, particularly when acquired through natural sources, can help to boost your immune system and prevent a variety of infections and ailments. [6]

According to a report published in the Journal of Cancer Research and Therapeutics (August 2014), amygdalin is a promising antitumor drug. This vitamin (amygdalin) has been used in traditional medicine to soothe pain and is also known to lower the pain experienced during cancer and chemotherapy treatment. Again, the dose and efficacy are in question and further research is being undertaken to ascertain its use in reducing the progression and risk of cancer. [7]

The primary source of B17 includes certain kernels and seeds of popular fruits that include:

And this vitamin can be found in limited supply in other foods such as:

Finally, seek out small amounts of amygdalin in eucalyptus leaves and the sprouts of various plants, such as bamboo, fava beans, alfalfa, and mung beans. [8]

When you access vitamin B17 from natural sources, it is believed to be safer than using it in the form of supplements. This is because the cancer-fighting activities and other benefits will come in smaller forms, without the risk of cyanide toxicity. There is a reason that many of the foods where vitamin B17 can be found are also linked to cancer treatment or prevention. However, avoid eating these foods containing amygdalin if you are taking Vitamin B 17 tablets, says a report in Cancer Research UK. [9]

Vitamin B17 Side Effects

There are some potentially dangerous (and deadly) side effects of vitamin B17, so it should be taken seriously, and moderation is absolutely essential. As mentioned above, vitamin B17 is another name for amygdalin, which is a cyanogenic glycoside. This means that it can be converted into hydrogen cyanide in the body, which is an extremely potent toxin.

Cyanide poisoning has many unpleasant side effects that include: [10]

Some people also report suicidal thoughts or nervous system impairment. If an excessive amount of hydrogen cyanide is produced in the body, it can be fatal.

These side effects have led many people, particularly in the US, to completely dismiss the potential use of vitamin B17 in reducing the risk of cancer or any other disease in any concentration. The book, Social Science & Medicine. Part A: Medical Psychology & Medical Sociology, co-authored by Gerald E.Markle and James C Peterson, states that the debate continues to rage on over the use, existence, and classification of vitamin B17. Depending on where you are in the world, you may be able to access it or hear different opinions from qualified doctors. The best advice you can follow is, if you use it, always practice extreme moderation that too under a doctor’s supervision. [11]

Rate this article
Average rating 4.0 out of 5.0 based on 150 user(s).
Read This Next:
Popular Articles