Arrowroot Flour: Why & How To Use It

Arrowroot flour is a versatile and humble ingredient known by many names. You might know it as arrowroot starch or powder but rest assured that all those names offer the same functions and benefits. The flour is especially useful to those looking for a gluten-free, paleo-friendly, and a moderately keto-friendly option to thickeners such as corn starch. If that is enough reason to experiment with a new starch for you, go right ahead and check out how to use it. If you need to know the what, why, and how of arrowroot flour, let us fill you in.

What is Arrowroot Flour?

The arrowroot plant, a perennial herb scientifically known as Maranta arundinacea, is native to the West Indies, and South and Central America. Since it can grow well in warm, rainforest habitats, it is now also naturalized in the Philippines, India, Sri Lanka, regions of China, and Indonesia. It is also grown in the state of Florida.

Arrowroot flour, ideally, is the powder of the root or the rhizome of the arrowroot plant. It is starchy in nature, making it an apt thickening agent, or a substitute for ingredients such as corn starch.

It was traditionally used as a poultice for arrow wounds, which is where the name ‘arrowroot’ comes from. Another one of its uses was also to treat diarrhea. Since then, it has found a place in cooking, especially in the cooking traditions of the regions where it originates. With its versatility and benefits, it is quickly gaining popularity in various cuisines. [1] 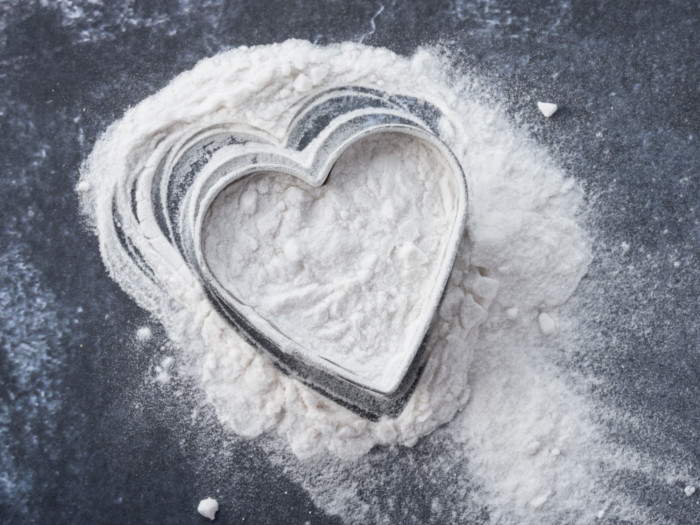 While the ideal arrowroot flour is sourced from the arrowroot plant alone, commercially available arrowroot powder could really be a combination of flours from various sources, especially tropical tubers such as cassava. Occasionally, arrowroot flour could also be combined with other starches such as potato starch. The best way to know what you are using is to read the ingredient list, or buy local, to make sure you are getting the right thing. [2]

According to the FDA, if arrowroot is used to indicate starches obtained from other sources, it should be qualified by some term indicating the sources. [3]

Why Should You Use Arrowroot Flour?

The versatility of arrowroot flour is understated. It can serve as an original ingredient as well as a substitute for cooking a variety of dishes. Furthermore, its traditional use for healing says a lot about how it is good for your health.

Arrowroot flour is rich in starch, which means it is mainly composed of carbohydrates. It is also rich in fiber and calcium. It is also gluten-free. It can be used to alleviate diarrhea, constipation, and abdominal pain. [4] [5]

The starch is also useful for people who are looking for paleo-friendly and keto-friendly option.

How to Use Arrowroot Flour?

While using it as a corn starch substitute is one of the most popular uses of arrowroot flour, here are some other ways in which you can use it.

Arrowroot flour is a versatile and accessible ingredient that can find many uses if you add it to your pantry. It is especially recommended for it is gluten-free, grain-free, keto-friendly, paleo-friendly, and non-GMO.  It could also help with diarrhea and stomach pain.

Word of caution: In places where it grows, arrowroot flour has been used for centuries. However, packaged flour could have other ingredients that don’t serve your purpose. Watch out for such ingredients. Moreover, if you experience an allergic reaction, consult your healthcare practitioner immediately.