The health benefits of Lavandin Essential Oil can be attributed to its properties as an antidepressant, antiseptic, analgesic, cicatrisant, expectorant, nervine, and vulnerary substance.

The Lavandin, plant from which this essential oil is obtained, is not a natural plant in the true sense because it was born as a result of the hybridization of two plants with the scientific names Lavandula Angustifolia and Lavandula Latifolia. That is why Lavandin is scientifically known as Lavandula Hybrida and Lavandula Hortensis.

The aroma and medicinal properties of Lavandin are quite similar to those of Lavender, but they are more intense and sharp since it is a hybrid. The main components of this oil are Lavandulol, Linalool, Linalyl Acetate, Camphor, Cineole, Caryophyllene, Camphene, Dipentene, Limonene, Ocimene, and Terpinene.

Let’s see how lavandin essential oil is similar or more advantageous than its cousin Lavender in terms of medicinal properties.

Lavandin oil boosts self-esteem, confidence, hope, and mental strength, while efficiently fighting depression. This can be very helpful to drive away depression for those who are suffering from depression due to a failure in their career or personal relationships, insecurity, loneliness, stagnation, someone’s death, or for any other reason. This also relieves anxiety. As an antidepressant, it can be systematically administered to patients with acute depression who are undergoing rehabilitation. 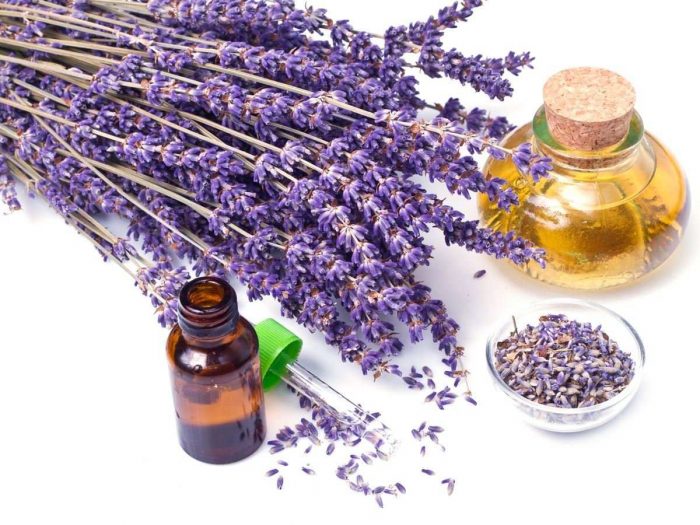 The essential oil of Lavandin has certain compounds which contribute to its antiseptic properties. By virtue of this property, Lavandin Oil can protect wounds from becoming septic. It is found to be effective in preventing incisions from becoming septic or getting infected from tetanus, particularly after surgery, caesarian deliveries, and other wounds.

The word analgesic simply means an agent that reduces pain and inflammation. Lavandin essential oil helps reduce pain in the muscles and joints, as well as toothaches and headaches that may result from viral infections like cough and cold, influenza, fever, and pox.

This is an interesting property of Lavandin oil. It makes scars and after marks of boils, acne, and a pox on the skin fade away. This includes the fading away of stretch marks, surgery marks, and fat cracks that are associated with pregnancy and the delivery of a child.

This essential oil drives away coughs and the phlegm that is deposited in the respiratory tracts and lungs. Also, it gives relief for bronchitis and congestion of the nasal tract, larynx, pharynx, bronchi, and lungs. It also gives relief from body pain, headaches, toothaches, and a rise in body temperature that is associated with cold.

A nervine is an agent that keeps the nervous system in order and in good health. Lavandin oil acts as a tonic for the nerves and the nervous system. It helps relieve symptoms of many nervous disorders, such as shaking hands or limbs, nervousness, vertigo, Alzheimer’s disease, Parkinson’s disease, and convulsions, sluggishness, and a lack of reflexes. It helps strengthen nerves and activates them.

Lavandin oil speeds up the healing of wounds, cuts, and surgical incisions and also protects them from infections. This property makes it a vulnerary. This is aided by its other properties as an antiseptic and cicatrisant substance.

It relieves the deposition of phlegm, cramps, stiffness, and pain in muscles, and helps treat sinusitis, dermatitis, and colds.

A Few Words of Caution: Although there are no known adverse side effects, it should still be avoided during pregnancy. It is non-irritating, non-toxic, and non-sensitizing.

Rate this article
Average rating 4.4 out of 5.0 based on 68 user(s).
Read This Next:
Popular Articles