Cushing’s syndrome is a very “stressful” disease to contract, but there are many natural remedies for this condition, including sleeping more, reducing stress, exercising regularly, altering your diet, and using herbal treatments, among others.

According to Cancer Therapy Advisor, Cushing’s syndrome or hypercortisolism is a disease characterized by abnormally high levels of cortisol, the stress hormone, in the body. This can be caused by tumors in the adrenal gland or various cancers, which stimulate high amounts of adrenocorticotropic hormone (ACTH) production that releases cortisol in the body. It was further stated that the formal treatment for Cushing’s syndrome involves treating the adrenal or pituitary tumors or treating cancer-causing the excess ACTH production. Fortunately, several natural treatments can control and moderate the symptoms of Cushing’s syndrome. Now, let’s take a closer look at some of the home remedies for Cushing’s syndrome. [1] [2] 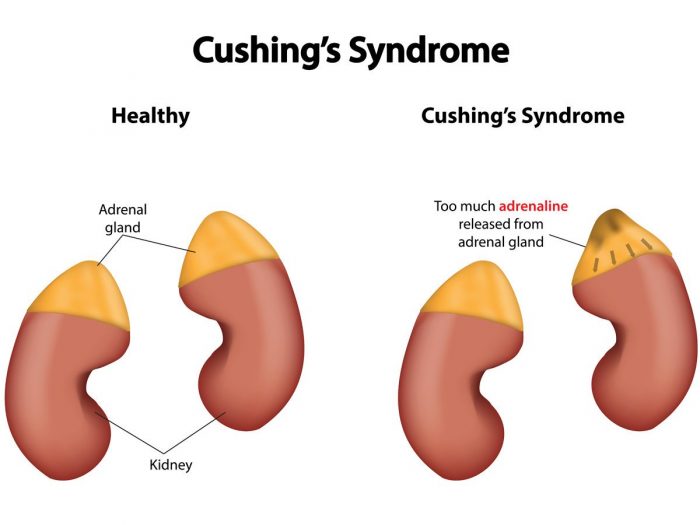 Cushing’s syndrome is a disorder caused by the body’s exposure to an excess of the hormone cortisol. Photo Credit: Shutterstock

Let us see the best home remedies for Cushing’s syndrome including:

The amount of time we sleep is closely connected to our hormonal levels and being deprived of sleep can boost our cortisol levels even further. Stress and strain on the body only increase when we don’t “shut off” for seven to nine hours every night, so if you’re suffering from Cushing’s syndrome, ensure that you get a proper amount of rest! [3]

Exercise can be a wonderful way to release stress and detoxify the body, while also helping to lose weight and increase muscle mass, both of which can be compromised as a result of Cushing’s syndrome. Getting your heart rate up and boosting blood flow can also improve your metabolic rate and optimize hormone levels. Exercising 3-4 times a week is excellent for those suffering from this condition. [4]

Burdock root is one of the very popular and effective herbal treatments for Cushing’s syndrome due to its impact on hormonal levels. Burdock root tea can be prepared very easily and can help to modulate adrenal function, thus eliminating many of the symptoms of this syndrome. [5]

The antioxidant compounds found in dandelion, including luteolin and luteolin-7-O-glucoside, help the liver, kidneys and adrenal gland operate optimally, rather than pumping out large amounts of cortisol into the body. Dandelion tea is readily available in health food stores and can be made easily at home as well. [6]

Ginseng is not only one of the most beloved and trusted herbal remedies on the planet, but it also has certain adaptogenic qualities, which means that it can “teach” the body to function more properly and more healthily. These specific types of herbs are also great for reducing stress levels and helping the body learn to handle stress more appropriately. Ginger can be eaten raw or supplements can be taken to help moderate the symptoms of Cushing’s Syndrome. [7]

Research has shown that reishi mushrooms can actively control stress hormone levels within the body, primarily due to the high concentration of antioxidant compounds as well as certain adaptogenic properties that can help the body learn how to handle excess stress in less detrimental ways. [8]

There is a close connection between protein intake and Cushing’s syndrome because the amino acids found in foods that are rich in protein also have a direct impact on neurotransmitter activity, which can stimulate the production of hormones. Some of the best sources of protein are cheese, meat, beans, yogurt, and lentils. [9]

Spinach can counter the electrolyte imbalances that are a common side effect of Cushing’s syndrome due to its high potassium, calcium, and magnesium content. It is a rich source of antioxidants and has been linked to controlled hormonal levels in the body, making it a good dietary addition if you’re suffering from this syndrome. [10]

Numerous studies have linked the intake of magnolia bark with decreased levels of cortisol in the body, which makes this a key herbal supplement in the treatment of Cushing’s syndrome. Magnolia bark has also been used in traditional medicine for centuries as a way to relieve stress and anxiety. [11]

Inflammation throughout the body is a common side effect of Cushing’s syndrome, and avocados have high omega-3 fatty acid levels that can reduce widespread inflammation effectively. [12]

Oily fish like salmon, mackerel, and tuna are all rich sources of omega-3 fatty acids, which are essential for reducing stress levels and lowering inflammation levels throughout the body. Adding these fish to your diet is a solid way to reduce the effects of Cushing’s syndrome. [13]

Aromatherapy is a popular means of stress reduction, and it has been shown to directly lower stress hormone levels and improve overall health. Some of the best essential oils for Cushing’s syndrome include lavender, myrrh, and bergamot. [14]

The ancient practice of yoga has been used for thousands of years to reduce stress and anxiety. Given that Cushing’s syndrome increases cortisol levels and puts additional strain on every system of the body, taking up regular yoga practice can help to align your metabolism, immune system, and hormonal levels. [15]

Word of Caution: Many of the symptoms of Cushing’s syndrome can be dangerous, and you should always speak with a medical professional if you spot them. The underlying causes of Cushing’s syndrome is likely a tumor of some kind or a variety of cancer, and many of these natural treatments should be considered as complementary remedies to more formal options, such as surgery to remove potentially life-threatening tumors.

Rate this article
Average rating 4.0 out of 5.0 based on 130 user(s).
Read This Next:
Popular Articles