Rum vs Whiskey: Which is Better

There has long been a debate of rum vs whiskey, and there are a number of key differences between these two types of alcohol.

Although they can be similar in appearance, rum and whiskey are alcoholic beverages with notably different tastes and qualities.

Both go through a process of fermentation, distillation, and aging. However, rum goes through a double distillation process, whereas whiskey is aged in wooden barrels to increase its characteristic flavor. [1] 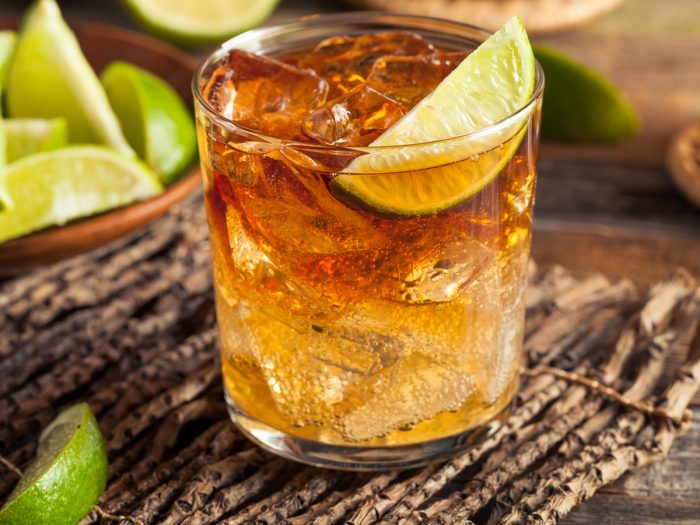 Rum Vs Whiskey: which is better to drink? Photo Credit: Shutterstock

Both beverages come in a range of flavors and the taste can vary according to the age, color, and extra ingredients added to each batch. [2]

The alcohol content of rums and whiskeys can vary greatly, so it is important to check each brand.

In moderate amounts, both rum and whiskey can provide certain health benefits.

Different countries have different legal guidelines on alcohol consumption. According to The 2015-2020 Dietary Guidelines for Americans, if alcohol is consumed, it should be done in moderation. The guidelines define moderate drinking as up to 1 drink per day for women and up to 2 drinks per day for men, which applies to adults of legal drinking age. [6]

Rum Vs Whiskey: Which is Better to Drink?

Your choice of the drink depends on your personal taste and what you are using it for, in terms of cocktails.

Whiskey is lower in calories than rum. Rum is usually mixed with other drinks, such as soda or ginger ale, while whiskey is often savored alone. Both drinks come in a large range of flavors, so it’s worth taking a sip to find one that suits your preference.

Rate this article
Average rating 3.7 out of 5.0 based on 355 user(s).
Read This Next:
Popular Articles