Sensory Processing Disorder: How To Help At Home

Sensory Processing Disorder is an unfortunate neurological condition that affects many people around the world, but there are many home remedies for this disorder that can help ease the symptoms, including cognitive practice, salt therapy, homeopathy, skullcap, increasing melatonin levels, and dietary alterations.

Sensory Processing Disorder: How To Help At Home

Home Remedies for Sensory Processing Disorder are as follows: 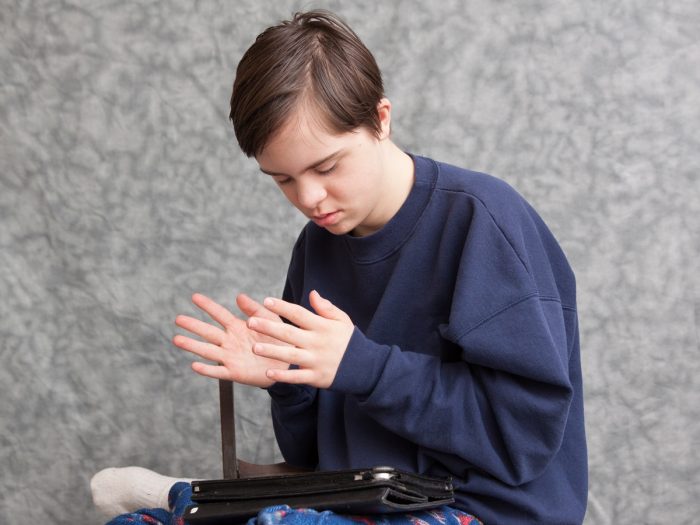 Sensory processing disorder is a condition in which the brain has trouble receiving and responding to information. Photo Credit: Shutterstock

Neurological disorders may be difficult to diagnose at times, but if your child has been diagnosed with Sensory Processing Disorder, then it is important that you engage in daily practice sessions to improve cognitive function and form neural pathways that allow your child to better operate in the world. From the creation of visual cues and practice materials to real-world applications of social interactions and game-play, it is possible to see positive results if you are consistent in supporting and encouraging new forms of behavior and understanding of their condition. [2]

There is a great deal of natural evidence that salt baths can be highly effective for certain hyperactive conditions and other neurological disorders. Epsom baths are inexpensive and have been trusted around the world for hundreds of years. You can also apply Epsom salt topically to the skin, in the form of creams, or through simple foot baths as well. It is believed to impact Sensory Processing Disorder by calming the nerves, promoting restful sleep, and lowering anxiety levels, all of which can be experienced by children suffering from this condition. [3]

Certain foods can negatively affect neurological function and processes, which is why paying attention to one’s diet when suffering from Sensory Processing Disorder can be important. Some people have found that removing all grains from the diet is helpful, particularly in terms of gastrointestinal issues. This is also known as the Paleo Diet, but before administering it to your child, speak with a doctor to see if that could be a potential option. [4]

One of the most popular herbs for the treatment of Sensory Processing Disorder is skullcap, which possesses strong nervine properties that can boost cognitive function and improve the connections of the brain. This can prevent the onset of neurological disorders, making it particularly useful in the treatment of sensory-based motor disorders. [5]

Ginseng is the ancient Chinese remedy that seems to make the list of every natural remedy, and with good reason. Ginseng can positively boost cognition, increase concentration levels, and stimulate the proper function of neurotransmitters. All of these side effects of ginseng can make it a valuable asset as a home remedy for Sensory Processing Disorder. [6]

Some research has linked low levels of melatonin with Sensory Processing Disorder, meaning that the body doesn’t make enough. While this connection is still being explored, plenty of anecdotal evidence argues that melatonin deficiency leads to the sleeplessness, mental exhaustion and physical fatigue that accompanies SPD. For young children, not getting enough sleep can have serious impacts on cognitive ability and neurological function. In other words, add some melatonin-rich foods like pineapples, bananas, oranges, sweetcorn or tomatoes to your child’s diet to prevent or manage SPD. [7]

Rate this article
Average rating 3.9 out of 5.0 based on 184 user(s).
Read This Next:
Popular Articles