Golden Syrup: Substitutes & How To Make

Golden syrup is not an alien concept for those who have a sweet tooth and love baking. A thick, translucent, amber-colored, inverted form of syrup, golden syrup is a popular form of baking sweetener. Also known as light treacle, it is made from refining sugar beet cane or juice and is a byproduct of making sugar. It has a thick texture and viscosity that is similar to honey or maple syrup. Most vegans use it as they do not consider honey to be a viable option for consumption. [1]

However, if you live outside of the UK or Australia, where it is easily available, it can be hard to find this ingredient at the local grocery store. Fortunately, there are several golden syrup substitutes that you might already have in your cupboards. Finding appropriate substitutes will help your recipes taste great, even if you’re short on the ingredients! So what are we waiting for? Let us look at them in detail.

The many golden syrup substitutes include honey, corn syrup, maple syrup, molasses, and homemade golden syrup. Let us take a look at them below. 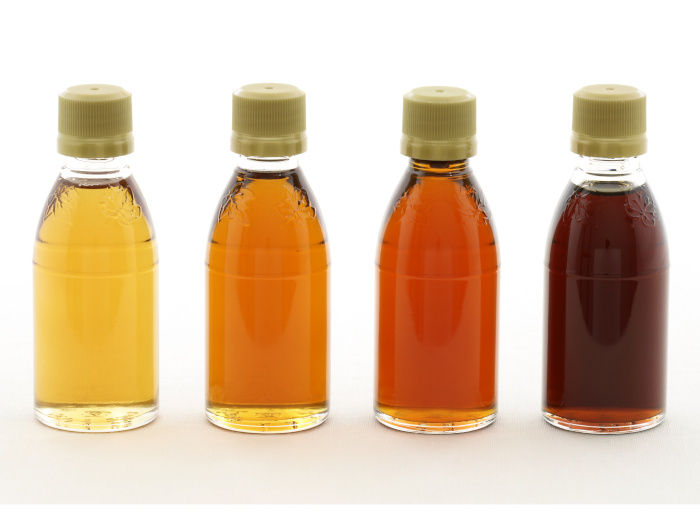 Corn syrup, preferably dark, is the best substitution for golden syrup. Although light corn syrup is a bit runnier and less sweet, you could use it in a combination with honey at a 1:1 ratio to get the consistency and taste similar to that of golden syrup. A specific type of corn syrup called high fructose corn syrup is considered the best substitute as it has the same thickness, viscosity and won’t drastically change the flavor of the recipe. [2]

Honey is a very popular substitute for golden syrup since most people already have it sitting in their pantry. While the sweetness and texture may be similar, using honey could alter the flavor of the recipe slightly as it reacts differently to heat. If you’re vegan, this may not be your most preferred choice as they try to steer clear of any kind of exploitation of animals, which also includes bees. You can also use a half-honey, half-corn syrup mixture as a substitute for the golden syrup to get a taste resembling that of golden syrup. [3] [4]

Real maple syrup can be used as a substitute for golden syrup, but the flavor of the recipe is likely to be different. If possible, use Grade A maple syrup, which is lighter in color and flavor than Grade B. If you’re using a maple-flavored pancake syrup, it’s mostly composed of corn syrup but will add a strong maple taste. You can use it on your pancakes, French toast, and in your porridge and you will be surprised to know that it has fewer calories than honey.

Molasses are much dark in color and thicker in consistency than golden syrup. It also has a slightly bitter, burnt taste. You can use this as a substitute if your focus lies more on the texture of the dish and not its color or taste. If you prefer a less intense flavor, you can choose to use light molasses. If you find yourself using molasses, try using one-third molasses and two-thirds corn syrup to cut the taste.

Each of the aforementioned sweeteners can be used as a substitute but will still fall short in some way or the other – whether in taste, texture, color, thickness, or viscosity. The best way to acquire golden syrup when it isn’t easily available is to prepare it at home. It is fairly simple and you can always prepare it in bulk and refrigerate it so that you can use it later whenever you require it. Let us look at the detailed recipe below.

In a pinch, with sugar and vinegar, you can make your own golden syrup on the stovetop. However, you will have to be vigilant to make sure that the sugar does not burn. Here is a step-by-step process to make nearly 2 cups of golden syrup. 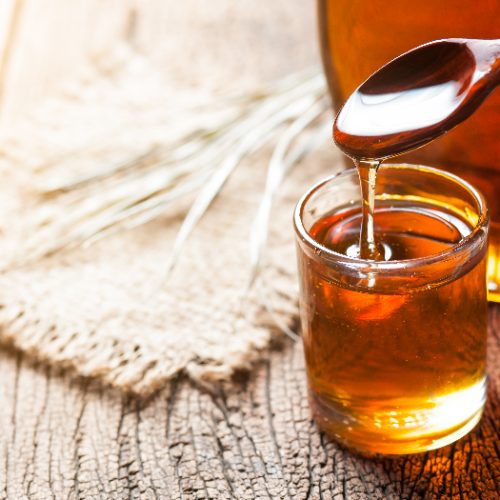 How to Make Golden Syrup At Home: Easy Recipe

To Make The Caramel

To Make The Syrup

With this simple recipe, you can make golden syrup easily at home. Once made, you need to store it in a cold, dry place. It will keep for up to six months.

Rate this article
Average rating 3.6 out of 5.0 based on 18 user(s).
Read This Next:
Popular Articles