What Is Gram Flour & How To Make It

If you haven’t yet heard of gram flour, it’s time you read up and started to stock this flour in your pantry. With a delicious nutty flavor and a host of nutritional benefits, it offers one of the best alternatives to refined flours. It has also gained popularity as a viable alternative for vegans and those with gluten intolerance. Interestingly, it is also good for the skin.

What is Gram Flour?

Gram flour is a ground flour made from raw or roasted yellow lentils known as channa dal or Bengal gram. Although gram flour has only recently started gaining traction in the west, it is very popular in all of Southeast Asia. Known as besan, it is used in a whole host of ways, from making flatbreads to fritters. It is available in very fine and slightly coarse textures. The use of the flour also often depends on its texture. It is very similar to chickpea flour and offers similar flexibility.

The book Ayurveda Lifestyle Wisdom: A Complete Prescription to Optimize Your Health recommends using besan for balancing pitta and kapha. It benefits those with blood disorders and fever. It can help in weight loss but can cause constipation. It is also one of the best flours for those who are looking for a gluten-free alternative. [1]

In the US gram flour is often confused with chickpea flour. Even an online search may leave you confused with many sites often using the terms interchangeably. People often use chickpea flour in place of gram flour because it is better known. The French street food socca and the Italian pancake farinata are both made from chickpea flour. Gram flour is used almost exclusively in the Southeast region. But thanks to modern food commerce and the rising demand for alternative flours, it is now also available in stores in the US. 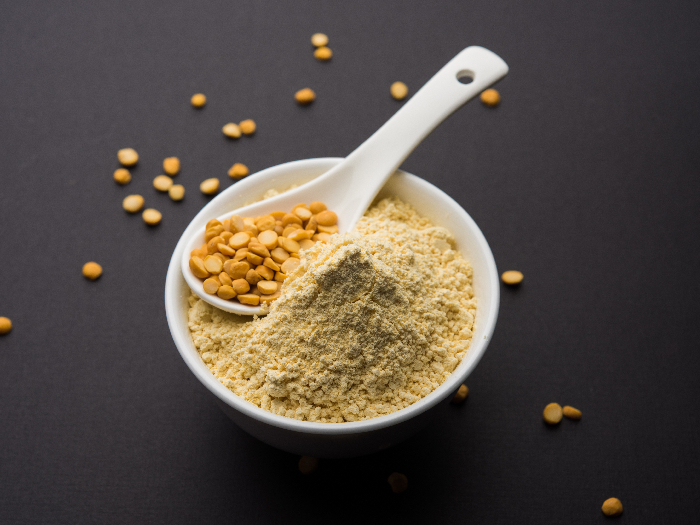 Gram flour is made from chickpeas. Photo Credit: Shutterstock

The sources for the two flours are different, even if they are closely related. Chickpea flour is made from chickpeas where gram flour is made from Bengal gram. The two flours have a similar taste but can differ in their texture. However, chickpea flour is lighter and coarser. Gram flour has a finer texture. The difference in texture means that you cannot always substitute one with the other. Because of its coarser texture, chickpea flour needs more water for a batter.

How to Make Gram Flour?

To make the flour at home you will need a high-speed blender or a grain mill. Keep the mill or the blender at a very fine flour setting. Make sure the jar is covered when you run the machine as the flour will be fine and may easily fly out of the jar. You can adjust the texture according to your preference, making it more coarse or keep it very fine. Just put the lentil in the machine and let it run. When working with large quantities, it is best to work in batches. If you want a finer texture, just let the batch go through the machine again. Use a fine-mesh sieve to separate the coarse grains. You can grind the coarser grains again.

Gram flour is used extensively for skincare. Many traditional remedies, including those mentioned in Ayurveda, recommend using it for a face pack and ubtans. In an article published in the journal Yoga, it acts as the base for an ubtan, a homemade paste that can act as a soap or scrub. It is combined with turmeric and water, lemon juice or yogurt. It is also included in the most recommended face pack in a research published in The Open Dermatology Journal. The face pack was formulated to suit all skin types and was made to counter the effects of pollution, microbes or allergies. [2] [3] 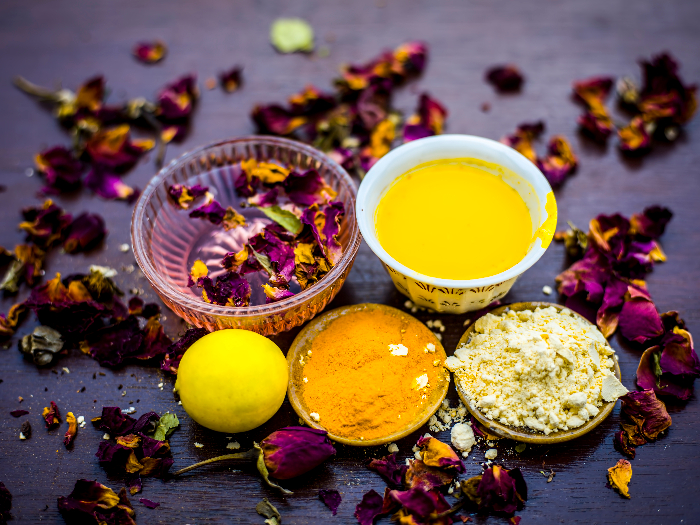 Gram flour or besan is used extensively in Southeast Asia in many ways. This is because it has the binding capacity that is missing in other gluten-free flours. So, it can be used for fritters as well as vegan omelets. Some of the recipes you can try are:

Fritters: It has the binding capacity that makes it perfect to be used in fritters. Just grate whichever vegetable you want to use, such as squash or zucchini, and add gram flour. Now add enough water to make a very thick batter, which you can fry as fritters.

Okra fries: Cut the okra in half lengthwise. Sprinkle them with the flour and some spices. The water already present in the okra is enough. Do not add any additional water and deep fry.

Cutlets: You can use the flour in place of the egg wash in a cutlet. The flour paste is wet enough for the breadcrumbs to stick.

Omelet: Gram flour makes an excellent omelet. All you have to do is make a thick batter with the flour, water, seasoning, and chopped vegetables like onions, capsicum, and spinach. 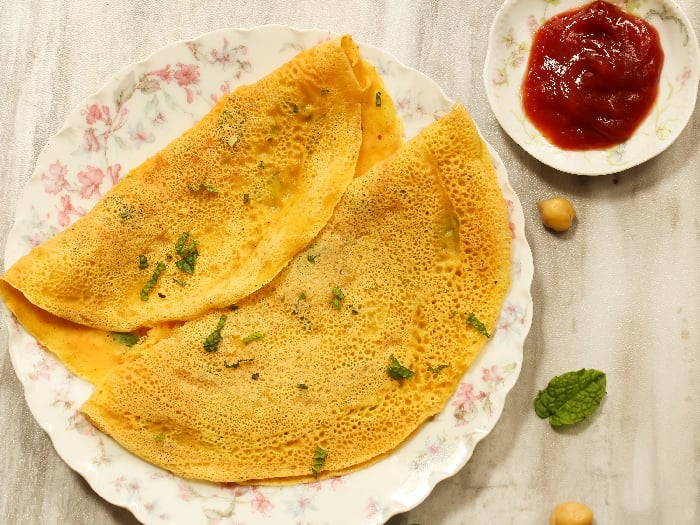 Where to buy: It is easily available online. You can also find it in specialist stores. One of the easiest places to buy gram flour is at a Southeast Asian grocery store.