There has always been a quest among dedicated housewives for the perfect cooking oil, particularly one which is healthy, stable, does not go rancid and at the same time, will be light on the wallet. However, people in the coastal areas of Asia, particularly in Southern India and the Philippines, have had the answer to this dilemma for hundreds of years. For centuries, they have been using coconut oil in cooking and have been reaping its many benefits. Using it also has no adverse effects or negative impacts on the lives, wallets, or health of its users.

We have a common notion that coconut oil is used only for hair care or skin care and that it is not cooking oil. However, you will be surprised to know that this oil is extensively used in cooking in coastal tropical regions, where coconuts are grown in abundance.

It was back in the sixties and seventies when some researchers tried to prove that saturated fats were dangerous and dreadful and should be avoided as much as possible. This made some people turn away from coconut oil, but now, the usage of coconut oil is gaining popularity once again as cooking oil. Let’s explore some of the reasons why this change has occurred. 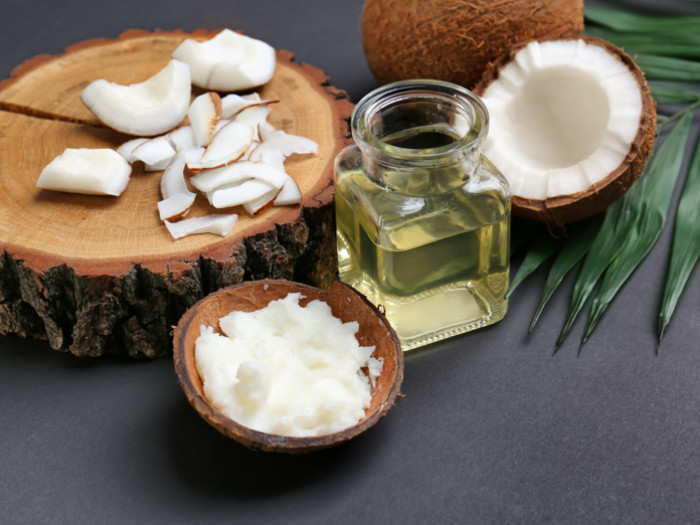 Why is Coconut Oil So Special?

You will be delighted to know that coconut oil has some saturated fatty acids like Capric Acid and Lauric Acid, which raise the level of High-Density Lipoproteins in the body, lowers Bad Cholesterol, boosts immunity and fights aging. They also increase the rate of metabolism and help shed weight. Isn’t it amazing? Oil that actually helps you lose weight!

Apart from the health aspects, there is another important impact of coconut oil –  Taste! And there is good news here as well! The sweet, earthy, yet refreshing scent of coconut oil and its fabulous taste makes it an ideal cooking medium. You can use it for shallow or deep frying and enjoy the fabulous aroma as you cook. In southern India and other coastal regions, coconut oil is used for cooking both vegetarian and non-vegetarian recipes.

What is Coconut Butter?

Making coconut butter at home is quite easy. Take a whole, dry coconut. Shred it and put it in a food processor. You can also buy the shredded coconut from the market. You then add some water or coconut water, but some people also use milk. After 10-20 minutes, depending on your blender speed, you will get a smooth paste of coconut butter. This Coconut butter will not be as smooth as regular butter and it has some granularity, but considering the amazing taste and the health benefits of that type of butter, the slightly gritty quality probably won’t bother you too much. 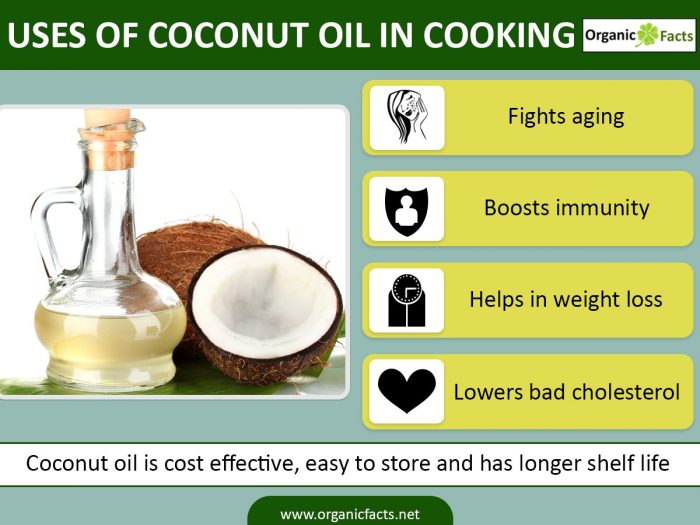 There are some simple recipes that can be cooked using coconut oil. You can also add coconut oil in the preparation of sweets and desserts.

Note: you may add ginger, garlic paste, and red chili powder into the marinade for a spicier taste.

Coconut oil has a strong aroma and taste which you may not be familiar with, so some users may not appreciate the taste and flavor of the food cooked in coconut oil.

Fed up with my lectures? Want to try some coconut oil in cooking instead? Understandable! Go ahead and have a nice time munching on this delicious food item and incorporate it into your diet and cooking repertoire!