The most effective remedies for West Nile virus include the use of poke root, red clover, dandelion root, echinacea, shiitake mushrooms, rosemary, ginger, garlic, green tea, astragalus root, lemongrass, and eucalyptus, but the most important strategy is prevention.

West Nile virus is a zoonotic arbovirus that is transmitted by a mosquito which has previously bitten an infected bird, then biting a person. Although not all cases are fatal, nor are all humans susceptible to the disease, it can be fatal in many cases. There is no vaccine or cure, but even severe cases can be survived with appropriate rest, intravenous fluids, and the treatment of secondary conditions.

To begin with, since there is no cure, the wisest recourse to remain safe from West Nile virus is to prevent the contraction of the virus. Some of the most effective ways to do that, given that the main vector of the virus is mosquitoes, are to: [1] 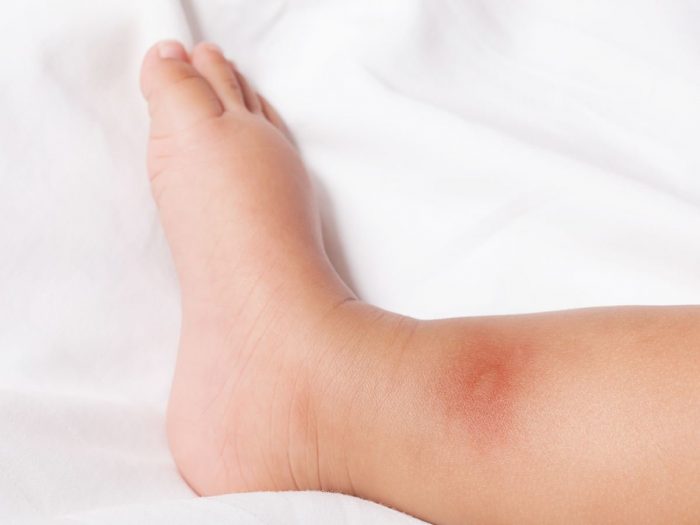 However, many people turn to herbal remedies to not only treat the early symptoms of West Nile virus but also prevent the virus from affecting them in the first place. Let’s take a closer look at some of the most effective home remedies and preventative measures of West Nile virus.

Some of the effective remedies for West Nile virus include:

Not only does the smell of garlic tend to ward off any roving mosquitoes, garlic is also rich in organic compounds that detoxify the body, stimulate the circulatory system, and help to cleanse the lymphatic system, which can be compromised by a viral attack. [2]

This herb is considered a mild immune tonic that stimulates the creation of additional white blood cells. Although West Nile virus is not an autoimmune disease, a compromised immune system not only makes it easier to contract the virus but also makes it difficult for it to move into more serious forms. By boosting your immune system with astragalus root supplements, you can manage your symptoms before they become more serious or even life-threatening. [3]

Rosemary has many uses in both culinary applications and herbal treatments, and in the case of West Nile virus, its antiviral and diaphoretic nature makes it a very effective treatment. Not only do the active ingredients in rosemary seek out viruses and neutralize them, it also helps to open pores and stimulate sweating, which can quickly detoxify the body and eliminate the virus before it has a chance to do major harm. [4]

Another effective immune stimulant, echinacea supplements have been recommended for anyone who suspects they may have contracted West Nile virus, even a very mild form. It can stimulate the production of white blood cells and has natural antibacterial and antiviral capabilities that can prevent contraction of the virus. [5]

This apparent cure-all for dozens of conditions and diseases also works in the treatment of West Nile virus. Not only does it help to detoxify the body by stimulating the kidneys and liver, it also soothes aching muscles and reduces fever, two of the main symptoms of West Nile virus. Furthermore, ginger’s natural antioxidant qualities can help prevent the manifestation of more serious symptoms. [6]

We talk about green tea in relation to many conditions, and its tannins and natural antioxidants are ideal for treating and preventing West Nile virus. Green tea gives the immune system a boost, flushes the system of negative toxins, stimulates the metabolism, and reduces inflammation, headaches, and fever, all of which are common complaints of those suffering from mild forms of West Nile virus. [7]

Many people think of dandelion root as a diuretic, which it is, and that can be very helpful for flushing out the toxins in the body that can complicate a West Nile virus infection. Additionally, the organic compounds found in dandelion root stimulate the liver and the lymphatic system, which will handle the pathogen, break it down into non-threatening materials, and then eliminate the viral toxins. [8]

This is one of the least common herbal remedies on this list, but poke root is very powerful, and should only be used for very limited periods of time, directly after the onset of West Nile virus symptoms. It is one of the most powerful stimulators of the lymphatic and immune systems, so don’t use poke root extracts or supplements for more than one week, as the concentrated compounds found in poke root can be harmful to the body over the long term. However, it can be one of the most effective and immediate treatments for West Nile virus. [9]

A Final Word of Warning: Although there is no known cure or vaccine for West Nile virus if you suspect that you may have been infected, seeing a medical professional for treatment and evaluation is strongly recommended. These home remedies are meant to be additional, supplemental treatments after speaking to a doctor at a hospital. West Nile virus symptoms can worsen quickly, so pay attention to your body, look for any symptoms, and don’t hesitate to begin treatment or remedies if you suspect that you’ve contracted the virus. Most importantly, follow the preventative steps to avoid the problem altogether.

Rate this article
Average rating 3.8 out of 5.0 based on 45 user(s).
Read This Next:
Popular Articles