At the onset of fall and winter, probably most people like to take to baking and cooking non-vegetarian delicacies such as pulled pork, chicken in red wine barbecue sauce, and the like. Perhaps the most essential ingredient that goes into preparing these lip-smacking dishes, is molasses. For the uninitiated, molasses, also known as black treacle, is known to be a by-product sweetener that is derived while processing sugar.

Although its dark color and dense viscosity may give it an unpalatable appearance, in reality, it’s likely that nothing can match its sweet and smoky flavor, which when added with spices like nutmeg, cinnamon, and ginger, can give the dishes a distinct depth. While there may be different variants of molasses available in the market, we bring you two easy ways to prepare the sweetener at home. Let us find out how.

How to Make Molasses?

Commonly, molasses are probably either made out of sugarcane or sugar beets juice which is boiled till a point it becomes syrup. Once the syrup is made, sugar crystals are extracted from it and the dark viscous liquid that remains is known as molasses. Additionally, molasses can be made using sorghum, carob, pomegranate, and dates. However, we have probably the two most common and easy ways of making molasses at home for you. Take a look at the detailed recipes given below.

How To Make Molasses

The top layer of the molasses will crystallize over time and turn into sugar or beet sugar, depending on the ingredient it is prepared from. Remove, crush, and store it in another container for later use as a sweetener.

If you have tried this recipe, we would love your feedback in the comments section below. And while we can’t taste it, we would love to see how it turned out! You can connect with us on Facebook or Instagram and tag your picture with #organicfactsrecipes. [3] [4]

Do you wish to share your winning recipes with us? Please click here and fill in the details to get started. [5] 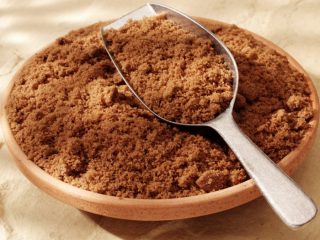 There are ways to soften brown sugar, put the hardened sugar block in a microwave-safe bowl. Cover it with a damp paper towel. Warm it for 30 seconds to 1 minute. Read more! 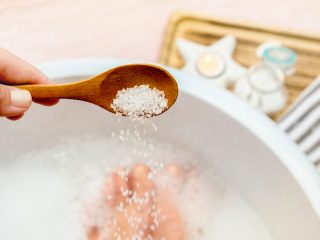 Epsom Salt Foot Soak. Fill a tub with enough warm water to cover your feet. Add 1/2 cup Epsom salt and a few drops of your favorite essential oil. Read more for the recipe. 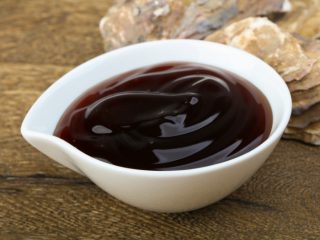 Oyster sauce is a thick, brown sauce with a sweet & salty, earthy flavor made of oysters. It is used as a popular condiment in Pan Asian cuisines & is full of umami. Read on.