Some of the most popular cumin substitutes include caraway seeds, garam masala, chili powder, curry powder, coriander, chipotle paprika, or even taco seasoning mix, depending on what type of dish you are cooking. Not only do these other spices and herbs have similar flavor components, but they also provide some overlap of health benefits.

Cumin is a spice that many people immediately associate with Mexican food, but it is widely used around around the world, particularly in Indian and Southeast Asian cuisines. It comes from a flowering plant and the oblong, ridged seeds can be used in either whole or ground form. The flavor of cumin can be described as nutty, spicy and earth, but there is also a slight bitter aftertaste, and even a citrus tone at times. This taste profile is complemented by high levels of iron, magnesium and calcium, antioxidants and volatile organic compounds, as well as smaller amounts of dietary fiber. This precious spice can aid digestion, lower inflammation, help with respiratory disorders, boost immunity, prevent chronic disease and speed the healing process, particularly on the skin. [1]

Powerful spices like cumin are important elements of many cuisines and traditional medical practices, but it is not always available. Some people are also allergic to this spice, or others in the same family, so substitutes must be found. This spice has a versatile flavor and a number of applications, so the list of possible replacements is actually quite impressive. 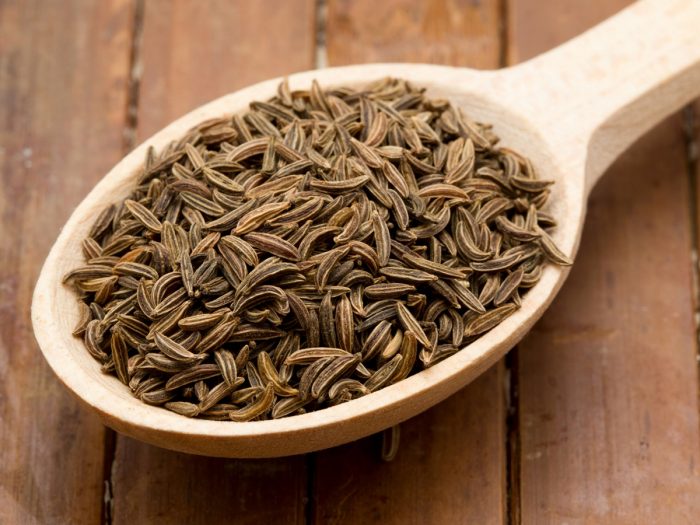 The substitutes for cumin include:

Given that cumin is so commonly found in Mexican food, and does provide a healthy kick of spice, it should come as no surprise that chili powder is a popular substitute. This spice is also one of the main ingredients in chili powder, which is a spice mix. However, remember that chili powder also includes paprika, cayenne and garlic powder, so there is a significant amount of heat in this substitute. Use about half as much chili powder as you would use of cumin so you don’t burn up your mouth too much! Chili powder is also known to aid digestion and soothe inflammation throughout the body. [2]

Caraway seeds aren’t known for their spice as much as their earthy tang, and even a light citrus flavor. Cumin shares some of these characteristics, but the flavor profile isn’t an exact match, with cumin being significantly stronger. Ground caraway seeds shouldn’t be used in the same quantity, however, or else it will change the flavor of the dish entirely; about one-half as much ground caraway is recommended. However, caraway does have a number of volatile compounds that give it antioxidant and anti-inflammatory properties that are similar to cumin. [3]

As with chili powder, cumin is actually a key ingredient in this spice mix, but if you are out of the pure spice, garam masala can be a wonderful substitute. While garam masala also typically contains cloves, pepper, cinnamon and coriander, the overall flavor profile is quite similar to that of cumin. Only use half as much garam masala as cumin, to ensure you don’t overpower the flavor of your dish. [4]

It might not be considered high gourmet cooking to use taco seasoning mix, but the blend of spices in there – including cumin – make for a perfectly balanced kick of spice and heat. If you run out of the pure spice, or are simply looking to make the flavor a bit more complex and enjoyable, substitute taco seasoning mix in equal portions to the recommended cumin and enjoy your next meal with a bit of Mexican inspiration! 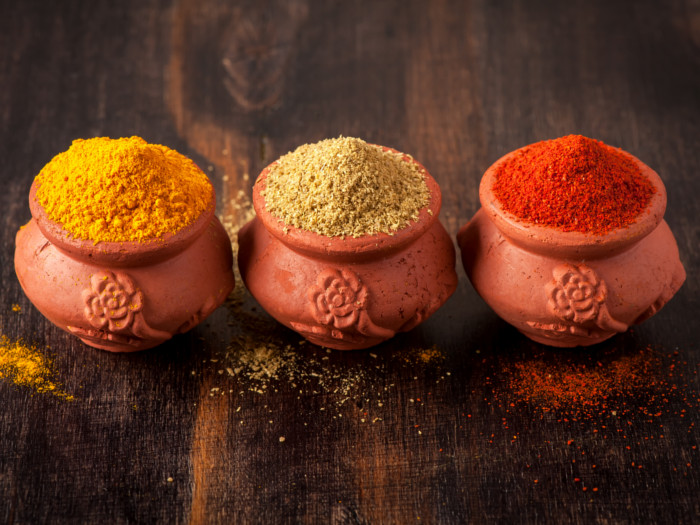 While coriander and cumin do not share the same flavor, nor are they equally “spicy”, they both have an earthy, aromatic quality when cooked in savory dishes. Therefore, coriander is a popular and effective substitute for cumin, despite their initially different flavor and aroma profiles. Coriander is also known to ease constipation, prevent infections and lower blood pressure. [5]

Paprika is a powerful spice commonly found in Asian and Mexican cuisines, and is highly sought after because of the smoky flavor that it provides to many different foods. Cumin has a limited smoky quality in terms of flavor, but when you substitute in paprika, it can fool almost anyone! However, paprika is very powerful, so begin at 25-50% of the recommended amount and go up from there!

Most curry powders have a moderate amount of cumin already mixed in, in addition to turmeric, ginger, mustard, fenugreek seed and a variety of other spices. Therefore, it also serves as a great substitute for cumin, albeit a more potent and pungent replacement, so use less than a 1:1 ratio based on the recipe. The inclusion of turmeric also tends to change the color of your meal to something a bit more yellow, which may not be the look you’re going for. In terms of health effects, curry powder does many of the same things, including ease pain and inflammation, protect the heart, improve the strength of the immune system and lower toxicity levels in the body. [6]

Rate this article
Average rating 3.8 out of 5.0 based on 43 user(s).
Read This Next:
Popular Articles