Bleeding gums is a condition where the inadequate removal of plaque causes germs to build up and attack the gums. This results in inflamed and irritated gums, which bleed while brushing or flossing. It is also known as gingivitis and is the first stage of gum disease. Gingivitis is generally painless with bleeding gums being the only symptom.

This condition can be prevented with simple home remedies that are easy to follow and can result in an improved dental condition within a matter of weeks. Although, if home remedies don’t seem to work, then you may have to see a doctor.

If you’re taking the regular precautions of brushing properly, flossing, getting your dentures aligned (if you’re wearing them) and maintaining good hygiene and still have bleeding gums, then here are some treatments that you may require: 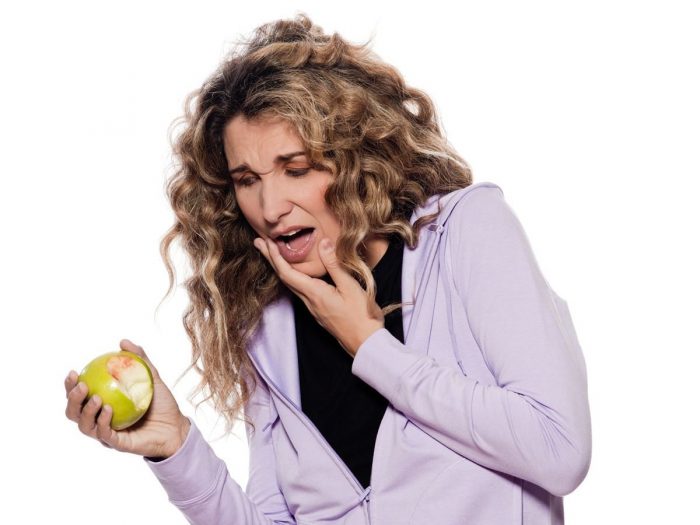 There are several home remedies that can be practiced regularly to prevent or treat gum bleeding. They include the following:

One of the reasons for bleeding gums can be attributed to the deficiency of vitamin C. Citrus fruits contain a variety of phytonutrients which are necessary for health promotion and disease prevention and are a good source of vitamin C. Citrus fruits like oranges and lemons, can prevent you from bleeding gums by providing adequate amounts of vitamin C. Vitamin C helps prevent a disease called scurvy, which starts with fatigue and inflammation of gums and progresses to show other signs and symptoms like bleeding of gums, loosening or loss of teeth due to fragility of tissues and capillaries. [1] [2] [3]

According to the National Institutes of Health, milk, yogurt, and cheese are the main sources of calcium for the majority of the population of the United States. A cross-sectional study investigated the effect of calcium from dairy products on periodontitis and concluded that dairy calcium, particularly from milk may protect against periodontitis and gum problems. Therefore, milk should be drunk on a regular basis for preventing bleeding gums. [4]

National Institute of Dental and Craniofacial Research (NIDCR) lists smoking as one of the most significant risk factors for developing gum disease. According to Centers of Disease Control and Prevention (CDC), the reason for a smoker to be predisposed to gum disease lies in the fact that smoking affects the body’s ability to fight infection and repair tissue. Therefore, it’s best to avoid smoking. [5] [6]

Cranberry juice can help prevent gum diseases. Labreque et. al., revealed that the non-dialysable material from cranberry juice inhibits biofilm formation by bacteria that are responsible for gum diseases. The study also suggests that cranberry constituents may have a beneficial effect for the prevention and treatment of periodontitis. [7]

A literature review section published as a part of a study by Silhacek et al in the Journal of Dental Hygiene states that baking soda or sodium bicarbonate (NaHCO3), has a high significance in dentistry because of its ever-growing use in toothpaste and mouth rinses. Sodium bicarbonate or baking soda is readily available at a low cost, and, in high concentrations possesses antibacterial properties. Baking soda neutralizes the acidic environments of our oral cavity. pH of 4.5 -5.5 of the dental biofilm in our mouth can lead to damage, baking soda acts as an acid neutralizer and helps raise the pH of the oral cavity to a safer neutral pH of 7.0. A study by Kleber CJ et. al., stated that chewing gum containing 5% sodium bicarbonate was effective in reducing dental plaque when used as a supplement to regular tooth brushing by children thereby, improving gum health. [8] [9]

A recent review paper concluded that clove and its derivatives have a definite potential to be used as an anti-plaque and anti-inflammatory agent for the treatment of gum diseases.

Cloves can either be kept in the mouth, chewed slowly to relieve toothache, or clove oil can be rubbed on the gums where it acts as an antiseptic and analgesic. According to another review paper, clove oil has been known to be active against oral bacteria responsible for cavities and gum problems. Use of cloves has been an age-old and easy home remedy for all kinds of dental problems. [10] [11] [12]

A double-blind clinical trial study found that sage mouthwash significantly reduced the number of bacteria responsible for dental plaque. Brushing your teeth with toothpaste containing peppermint oil keeps your mouth fresh and clean along with the added benefit of peppermint oil being a good antiseptic and antibacterial. [13] [14]

Green tea contains the highest concentration of antioxidants. In vitro studies have shown that compounds in green tea inhibit the growth of organisms like P. gingivalis and thus have profound effects on gum pathogens. A review published in 2018 recognizes the anti-inflammatory property of chamomile which is essentially due to the flavonoids and tannins present in chamomile. The anti-inflammatory action of chamomile helps control bleeding and inflammation of gums. Calendula flower preparations are often used in the oral cavity for their anti-inflammatory action. [15] [16] [17] [18]

You can gargle after brushing your teeth with lukewarm water with a pinch of salt added to it. This is a good home remedy to treat bleeding gums. A recent study supported the notion that short term rinses with salt (NaCl) solution promotes healthy gums. [19]

Gently massaging the gums with your fingers after brushing your teeth results in good blood circulation. This strengthens the gums and prevents them from bleeding. A discussion paper wherein viewpoints of several dental surgeons from the U.S is taken into account augments the above statement. Lillian Barkann, D.D.S. in the same paper says that in his opinion “massaging” is most valuable in the treatment of gingivitis and periodontitis. [20]

There is an interdependent relationship between the health of the oral tissues and nutrition. A nutritious diet containing appropriate amounts of vitamins, fats, proteins, and micronutrients plays an important role in resisting gum infections. As per a 2016 study, a strong link exists between obesity and periodontal diseases. Higher body fat content has been associated with increased gingival bleeding in older patients. The same article also cites a study that suggests an inverse relationship between high protein intake and gum diseases. Crunchy and fibrous food increases the flow of the saliva which has antibacterial properties. Hence, make sure you follow a healthy nutritious diet. [21] [22] [23]

Note: Brushing and flossing should be done to prevent plaque deposition. Furthermore, regular check-ups and plaque removal should be done every 6 months by the dentist. Maintaining hygienic conditions in your mouth will not only reduce the bleeding of your gums, but it will also prevent dental problems like periodontitis. Special care should be taken to maintain oral hygiene, if you are undergoing orthodontic treatment with braces as food tends to accumulate more around appliances and may lead to gum problems. [24]

Rate this article
Average rating 3.8 out of 5.0 based on 172 user(s).
Read This Next:
Popular Articles