Knowing the best sriracha substitutes when you’re in the kitchen might help you pull off any spicy meal you’re preparing. While some people may think that all hot sauce tastes the same, people who love sriracha can be very particular about how they replace it in specific dishes. For example, tabasco sauce is another type of hot sauce but might create a very different flavor in a dish than sriracha. [1] 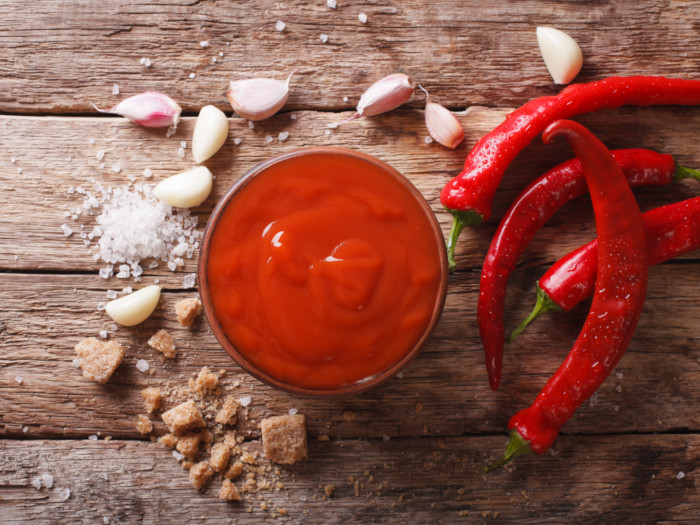 Only for tantalizing your taste buds! Photo Credit: Shutterstock

While many of the above substitutes may have a similarly spicy bite to them, they vary widely in terms of their potency, “heat”, and overall flavor. Some might have more of a vinegar base and can be included in sauces, while those with thicker consistencies, such as mustard or wasabi, can be used as a spread or glaze on protein dishes. Personal preference will always play an important role when it comes to hot sauce.

The important thing is to understand the effects of your substitutes. For example, 3 teaspoons of sriracha should not be replaced by 3 teaspoons of wasabi. Equivalent measurements may also be a matter of taste tests until you find your preferred heat. [2]

Sriracha is a type of chili sauce made from chili peppers, garlic, sugar, salt, and vinegar. It has probably gained incredible popularity in North America in recent years, but it has been a traditional sauce in Southeast Asia for generations. Believed to have originated in a town named Sri Racha in Thailand, this spicy sauce is likely to be most commonly found in Thai and Vietnamese cuisines in Asia. [3]

You might often find sriracha on pasta dishes, as well as in the form of a dipping sauce for seafood. However, as its popularity seems to have grown, it is now used on eggs, hamburgers, pizzas, cocktails, and even as a flavoring for snack foods and potato chips.

Rate this article
Average rating 3.8 out of 5.0 based on 68 user(s).
Read This Next:
Popular Articles