Gastroenteritis is a condition where the intestines are inflamed, usually due to an infection. It is the medical term for stomach flu, also called gastric flu or stomach virus. [1]

There is strong evidence to suggest that natural remedies are actually the wisest approach to treating gastroenteritis. It is quite possible that certain symptoms of gastric flu are worsened by relying solely on medicines like antibiotics or antiemetics. The condition might also last for a longer time if you rely only on taking medicines. The best way to deal with gastroenteritis is to use natural remedies coupled with behavioral strategies to get you better in no time. [2]

Although sugar-rich juices and carbonated sodas aren’t a good idea for treating the stomach flu, and can, in fact, cause stomach upset, but carbonated beverages like sparkling water, soda water, or ginger ale are wonderful options to settle those upset stomachs and soothe your nausea. [3]

When your stomach is under attack from one of these bacterial or viral causes of gastroenteritis, you don’t want it to have to work too hard to digest food and the crucial nutrients you need. That is the reason that so many people stop eating when they are sick, as it seems that everything they eat comes right back up. However, by eating simple carbohydrates like toast, crackers, cereal, potatoes, and basic fruits and vegetables, you can likely get those nutrients digested and be on the road to recovery much quicker. [4] 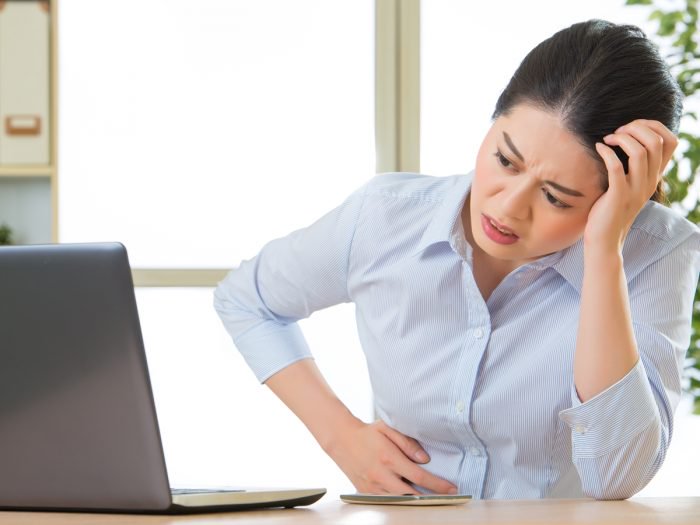 Beneficial bacteria in the gut help to digest food and protect your gastrointestinal system from infections, but that bacteria is often lost through violent vomiting and diarrhea. Probiotics can be found in high concentrations in yogurt, and this can not only soothe your stomach but also promote the regrowth and protective capacity of the beneficial bacteria in your gut to speed up the healing process. [5]

Many people want “comfort food” when they are ill, but if those foods happen to take the form of spicy food, caffeine, dairy products, or high-fat foods, the end result isn’t going to be pretty, and you’ll end up being far more uncomfortable in the long run. Stick to simple foods and cut out anything that is typically difficult to digest. [6]

As one of the oldest and most trusted remedies for an upset stomach, chamomile tea is also ideal for treating gastroenteritis. The strong antioxidant and anti-inflammatory properties of chamomile tea can help to settle the stomach and eliminate nausea and vomiting, in addition to boosting the immune system to combat whatever the cause of your stomach flu happens to be. [7]

This ancient cure-all is also quite useful in gastroenteritis. The active components within ginger are powerful and versatile, including its ability to soothe the stomach and protect the inner lining of your stomach from dangerous bacteria. Chewing on ginger has also been known to eliminate nausea, although brewing ginger tea is probably the most common application of ginger for the stomach flu. [8]

One of the biggest dangers of gastroenteritis is dehydration. To put it simply, when you are vomiting and experiencing diarrhea, your body is rapidly losing its fluids, making you feel worse and slowing down every process of your body, including your immune system and compromising your digestive tract. You must replenish those fluids before you will begin to feel better, so drink as much water as possible to keep hydrated. [9]

The powerful organic compounds in mint have long been praised for their cooling, soothing, and anti-inflammatory effects. Chewing on mint leaves for gastroenteritis and related stomach issues has been in practice for thousands of years. Brewing fresh mint tea is also an effective remedy against vomiting, as it can reduce that inflammation in your gut. [10]

One of the traditional remedies for gastroenteritis is the consumption of cinnamon and honey tea, which has been a home remedy for centuries. Honey and cinnamon both have powerful organic compounds that promote immunity and reduce inflammation. [11]

This popular spice is a complex mixture of antioxidants, bioflavonoids, vitamins, and minerals, which make it a wonderful tonic for gastroenteritis. [12]

Rate this article
Average rating 3.9 out of 5.0 based on 296 user(s).
Read This Next:
Popular Articles