You may have heard of chlorophyll, the green pigment present in plants. But did you know what positive health benefits this little pigment contains? Loaded with antioxidant properties, chlorophyll exerts beneficial effects on various medical conditions such as insomnia, dental ailments, sinusitis, pancreatitis, cancer, and kidney stones. It helps in normal blood clotting, wound healing, maintaining hormonal balance, deodorizing, detoxification, and promoting digestive health. It also has anti-microbial properties and helps strengthen the immune system.

As mentioned, chlorophyll is a green pigment present in plants, with the goal of helping to facilitate the absorption of light from the sun. It has the ability to convert this light energy into a usable form which is utilized for various processes such as photosynthesis. Plants cells store the sunshine and make it available for our consumption. In fact, it is the reason behind the green color and pigmentation of the plants. [1]

An interesting fact about chlorophyll – its molecular structure is similar to that of hemoglobin, which is a critical part of human blood. The only exception is their central atom (iron for hemoglobin and magnesium for chlorophyll). Due to this unique quality, liquid chlorophyll performs the same function in the body as hemoglobin. Although the world of nutrition is yet to admire its true potential, it continues to be amongst the most critical elements for plants and the biological world. [3]

The health benefits of chlorophyll include its ability to increase red blood cells, prevent cancer, aging and much more. Let’s take a detailed look at them below.

Liquid chlorophyll aids in restoring and replenishing red blood cells. It works at molecular and cellular levels, increasing the work of hemoglobin and helping to replenish the number of red blood cells, which then helps to grow and maintain tissues. [4] [5] 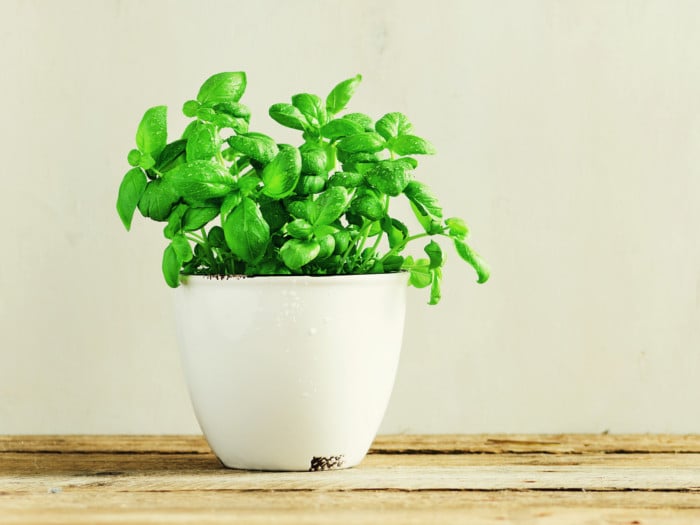 In the journal Nutrition Research, Prof. Korakod Chimploy from Oregon State University suggested that chlorophyll is effective against colon cancer and stimulates the induction of apoptosis. It provides protection against a wide range of carcinogens present in air, cooked meats, and grains. [6] [7]

Further studies conducted in this regard have advocated the chemopreventive effects of chlorophyll, attributing to its antimutagenic properties. Other research has shown the efficacy of dietary chlorophyll as a phytochemical compound in the reduction of tumorigenesis. It is important to note that much of the research has been conducted on animals; more human studies are needed, however, the initial results appear positive for chlorophyll. [8] [9] [10]

A study published in the Journal of Food Science states that chlorophyll possesses strong antioxidant capacity along with a significant amount of essential vitamins. These effective radical scavengers help neutralize harmful molecules caused as a consequence of oxidative stress. [11] [12]

It is thought by many that chlorophyll has purifying qualities, which help in detoxification of the body. In the book “Chlorella: The Emerald Food“, it is mentioned that there is an abundance of oxygen and a healthy flow of blood in the body because of chlorophyll, which helps you get rid of harmful impurities and toxins. It forms complexes with the mutagens and has the ability to bind and flush out the toxic chemicals and heavy metals such as mercury from the body. It is also effective in reducing the harmful effects of radiation and helps eliminate pesticides and drug deposits from the body. [13]

In a study included in the Journal of Inflammation Research, the anti-inflammatory properties of chlorophyll are shown to be beneficial for inflammatory-related diseases such as arthritis. Chlorophyll and its derivatives interfere with the growth of bacterial-induced inflammation. This protective nature makes it a key resource in creating and preparing new medications such as fibromyalgia and arthritis. [14]

It helps in the formation and maintenance of strong bones. The central atom of the chlorophyll molecule, magnesium, plays an important role in bone health, with essential nutrients such as calcium and vitamin D. It also contributes towards muscle toning, contraction, and relaxation. [15]

Given its antioxidant power and the presence of magnesium, chlorophyll helps in combating the effects of aging and supports in maintaining healthy tissues. It stimulates the anti-aging enzymes and encourages healthy and youthful skin. [16]

Chlorophyll promotes healthy digestion by maintaining intestinal flora and stimulating bowel movements. Diets that are deficient in green vegetables (and therefore naturally-occurring chlorophyll) and include a majority red meats pose an enhanced risk of colon disorders. As per research studies, chlorophyll facilitates colon cleansing, is effective in constipation and alleviates the discomfort caused by gas. [17] [18]

Chlorophyll is thought by many to have a calming effect on the nerves and is helpful in reducing the symptoms of insomnia, nervous irritability, and general body fatigue.

It has effective antimicrobial properties. One recent study has shown the healing effect of alkaline chlorophyll based solution in combating Candida albicans, an infection caused by the overgrowth of a type of yeast in the human body. [19]

It aids in the strengthening of the immune system. Anaerobic bacteria, which promote the development of diseases, cannot survive in the alkaline environment offered by chlorophyll.

Chlorophyll is valued for its deodorizing properties. It is an effective home remedy to combat bad breath and is used in many types of mouthwash. The deodorizing effect of chlorophyll is also effective on stinking wounds (as will be discussed more, below). It is administered orally to the patients suffering from colostomies and metabolic disorders such as trimethylaminuria to reduce fecal and urinary odor. [20] [21]

Studies dating back as long ago as the 1940s have touted the topical usage of chlorophyll solutions as an effective in the treatment of exposed wounds and burns. It helps by reducing local inflammation, strengthening the body tissues, aiding in killing germs, and improving the resistance to infections. It helps to prevent the growth of bacteria by disinfecting the environment, speeds up healing, and makes it hostile to bacterial growth. Chlorophyll therapy is also quite effective in the treatment of chronic varicose ulcers of the leg. [22] [23]

Consumption of chlorophyll-rich foods is thought to help in balancing the acid-alkali ratio in the body, despite limited evidence. The magnesium present in it is a highly alkaline mineral; given this, it is accepted for use in terms of constipation and dyspepsia. Magnesium present in it also plays a vital role in maintaining cardiovascular health, and the functioning of the kidney, muscles, liver, and brain. [24]

It contains vitamin K, which is vital for the normal clotting of blood. It is used in naturopathy for the treatment of nose bleeds and often prescribed for females suffering from anemic conditions and heavy menstrual bleeding.

It helps in preventing the formation of kidney stones. The vitamin K present in chlorophyll forms essential compounds in the urine and aids in reducing the growth of calcium oxalate crystals. [25]

It is effective in the treatment of various respiratory infections and other conditions such as cold, rhinitis, and sinusitis. [26]

It is thought to be beneficial for maintaining sexual hormonal balance in both males and females. Vitamin E present in chlorophyll helps to stimulate the production of testosterone in males and estrogen in females.

Chlorophyll is administered intravenously by healthcare professionals as one method in the treatment of chronic pancreatitis. According to the research conducted in this regard, it helps in relieving fever and alleviates abdominal pain and discomfort caused by pancreatitis without causing any ill side effects. [27] [28]

Chlorophyll helps in the treatment of dental problems, such as pyorrhea. It is utilized for curing the symptoms of oral infections and calming inflamed, bleeding gums. [29]

Culinary Usage: Along with its regular consumption, chlorophyll and its derivative chlorophyllin also serve as a food additive and are used to provide green color to a variety of foods and beverages. It is known as natural green 3. [30]

It’s not very difficult for one to include chlorophyll in the daily diet, as almost all green plants are rich in chlorophyll a, and many vegetables – which are a regular part of our food – contain chlorophyll a and chlorophyll b. [31]

Side Effects of Chlorophyll

Despite clinical use for many years, the toxic effects of natural chlorophyll in normal doses have not been known. However:

Health gets a ‘green’ signal with Chlorophyll.