Giardiasis is a parasitic infection that is caused by a protozoan called Giardia lamblia, which usually resides in the intestines of animals and is passed to humans through contaminated food and water. Also known as beaver fever, the condition weakens the absorption of nutrients in the human body. While some pharmaceutical solutions have been developed to treat serious infections or intense symptoms, there are many naturally anti-parasitic herbs and foods that can be used to rapidly clear up the infection

The most effective home remedies for giardiasis include the use of garlic, long pepper, Oregon grape, grapefruit, beet juice, horseradish, goldenseal, wormwood, pumpkin seeds, coconut, onion, and birch. You can also benefit from behavioral remedies that include sanitation and intestinal flushes. [1] 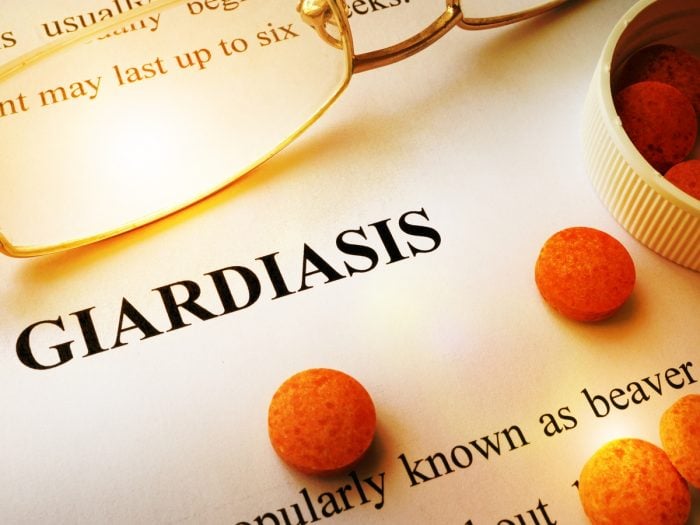 Giardiasis is an infection in your small intestine. Photo Credit: Shutterstock

Here are some of the best home remedies for giardiasis:

Berberine is a powerful alkaloid found in the Oregon grape, which directly impacts and inhibits giardiasis from spreading. This is one of the quickest remedies for the infection, although if you suffer from any other major gastrointestinal issues, Oregon grape may not be a wise choice. [2]

According to a report published in the Alternative Medicine Review, garlic mixed with an Ayurvedic formulation, Pippali Rasayana, shows the most amount of clinical evidence as an effective remedy for Giardiasis. Its powerful active ingredient, allicin, can help in the treatment of giardiasis, as it can quickly cleanse the system and return your digestion to normal. Grind up a few cloves and steep them in water for an effective remedy for this infection. [3]

This pepper, scientifically known as Piper longum, is very effective at eliminating the Giardia lamblia parasites from the digestive tract. Long pepper is also known to stimulate the immune system, which can then eliminate the protozoans naturally. [4]

Beets are powerful health foods that many people overlook, but they have certain antibacterial and anti-parasitic qualities that make it a simple home remedy if you’re suffering from giardiasis. A few glasses of beet juice each day should clear up the infection within a week, returning your system to normal. [5]

Grapefruit is employed in the treatment of giardiasis as it has a wealth of antioxidant and immune-stimulating vitamins. The fruit is also a natural anthelmintic property that can clean the digestive tract without damaging any of the beneficial bacteria present in the gut. [6]

Although there are certain powerful antioxidants found in horseradish, it is actually the stimulation it provides to the digestive tract that keeps you infection-free. By boosting the secretion of digestive juices, horseradish can flush out the parasites in the colon and digestive tract, along with your regular elimination. [7]

Onions have a lot of nutritional benefits and powerful antioxidant content. Eating onions might not make your breath smell great, but it can quickly cleanse your intestines and gut and drive the expulsion of the parasites from your body. [9] [10]

The tincture of birch leaves is very effective against parasitic infections of the body, particularly the stomach. Birch leaves have also been used for thousands of years to soothe gut inflammation.

Golden seal is a very powerful herb known for its effects on the mucous membranes of the body, including those in the stomach and intestines. The active ingredient in goldenseal is berberine, which is directly linked to anti-parasitic effects on the body. [11]

Wormwood is an herb that is highly effective in treating and eliminating worms and parasites of many varieties, including those that cause giardiasis. Certain sesquiterpenes found in wormwood can break down parasitic membranes, thus neutralizing the parasites. [12]

Cucurbitacin is an active ingredient in pumpkin seeds that is linked to laxative and anti-inflammatory effects. Pumpkin seeds cleanse the intestines and gut to help eliminate the giardiasis-causing parasites from your body. [13]

Dietary fiber is an essential part of good digestion, helping to stimulate excretion and nutrient absorption. Fiber-rich foods like apples (containing pectin), psyllium husks, and flaxseeds can be the most effective for this sort of intestinal flushing. A cleanse might not always be pleasant, but it’s a fast way to get your digestion back on track. [14]

A report published by The Royal Society of Tropical Medicine and Hygiene stated that there was an increasing need to look into the possibility of other risks such as water and food to keep a check on giardiasis. One of the main causes of giardiasis is untreated or contaminated water, either in underdeveloped countries or for people traveling in the wild. Ensuring that water is properly boiled or filtered is essential before consuming, to guarantee protection from these dangerous little protozoans. [15]

Rate this article
Average rating 4.0 out of 5.0 based on 220 user(s).
Read This Next:
Popular Articles