Soybeans offer a wealth of benefits, including their ability to improve metabolism, help in healthy weight gain, protect heart health, and reduce the effects of menopause. They improve digestion, promote bone health, protect against birth defects, increase circulation, decrease the risk of diabetes, and generally tone up the body.

Soybeans, which are also known as soya beans, are a species of legume that has become one of the most widely consumed foods in the world. They are easy to cultivate and have multiple benefits to offer. These legumes are produced in the United States and South America, but they are actually native to East Asia. Their scientific name is Glycine max, and they are classified as an oilseed, rather than a pulse, like most legumes.

Soybeans have become wildly important and popular in recent decades because of the rise in the popularity of its derivatives, including soy milk and textured vegetable protein. The high levels of protein make these soy products an ideal protein source for vegetarians and the variety of soy products has created a massive new market altogether.

One of the reasons soybeans are widely cultivated is because they contain more protein per acre of land than any other crop. A green, low-lying plant, they grow up to 2 meters in height. Furthermore, soybeans are packed with other essential nutrients, making them extremely valuable for people on diets, those who need to improve their overall health, and vegetarians and vegans throughout the world. Let’s take a closer look at what makes soybeans so beneficial to our health. 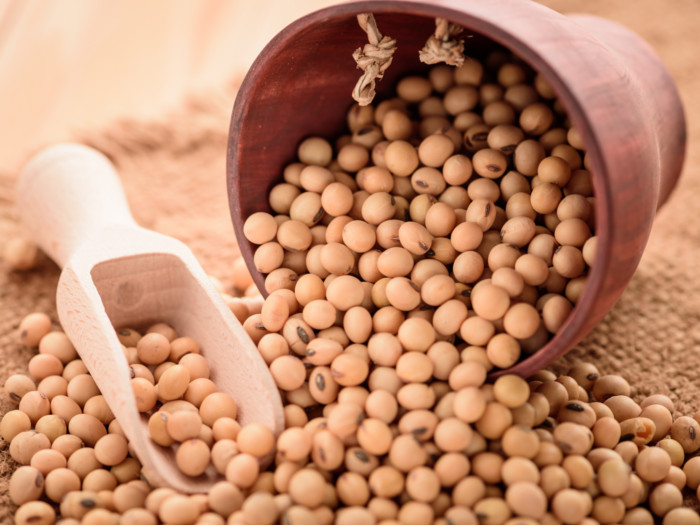 The health benefits of soybeans come from the nutrients, vitamins, and organic compounds including a significant amount of dietary fiber and a very large amount of protein. According to the USDA FoodData Central, soybeans contain vitamin K, riboflavin, folate, vitamin B6, thiamin, and vitamin C. As for minerals, soybeans contain significant amounts of iron, manganese, phosphorus, copper, potassium, magnesium, zinc, selenium, and calcium. They are also a good source of organic compounds and antioxidants like isoflavones, which further help in boosting your health.

The health benefits of soybeans include the following:

Soybeans are an extremely important source of protein. When you have enough proteins in your body, your metabolic functioning and the overall system will get a major boost, thus helping maintain your health better. Approximately 20 percent of the protein present in soybeans is β-conglycinin. Research has found that a single meal of β-conglycinin per day could increase specific protein levels in the blood, which in turn could result in improved metabolism. This makes it an especially good source of protein for anyone following a vegetarian or vegan diet.

In many ways, soybeans are one of the most nutritious additions to your diet. It is also versatile in the way that it can help your weight loss as well as weight gain efforts. Soy protein helps you stay fuller and also regulates insulin, thus curbing your obesity in a healthy manner. These effects were also shown by black soybeans. A study published in the Journal of Medicinal Food reveals that black soybean seed coats have an anti-obesity effect, owing to the presence of anthocyanins.

Soybeans have high levels of antioxidants present in them, says a study by researchers at Purdue University. Antioxidants could help delay the onset of various cancers. They seek out and neutralize free radicals, which are the dangerous byproducts of cellular metabolism. These free radicals can cause healthy cells to mutate into deadly cancerous cells.

Apart from this, soybeans and soyfoods could also reduce the side effects of cancer treatment. According to the American Institute of Cancer Research, a 2018 study found that edamame and soy derivatives consumption resulted in fewer menopausal symptoms and reduced fatigue amongst women with breast cancer who were receiving treatment.

Soybeans are a source of healthy, unsaturated fat, which helps you lower your total cholesterol, specifically LDL cholesterol levels. This allows you to prevent conditions like atherosclerosis and coronary heart disease, which can easily lead to heart attack and stroke. This is confirmed by a study conducted by Dr. James Anderson, et al., University of Kentucky. Furthermore, there are some specific fatty acids that are necessary for a healthy system. Two of those fatty acids are linoleic acid and linolenic acid. Two of those fatty acids are linolenic acid, known as omega 6 and alpha-linolenic acid, known as omega 3. Omega 3 fatty acids have anti-inflammatory effects and have a very important role in vision and brain health. Omega 6 fatty acids are also known to provide energy for the body. Finally, the fiber in soybeans has actually been shown to reduce cholesterol levels in the body by scraping excess cholesterol off the walls of blood vessels and arteries.

Soybeans are a very good source of isoflavones, which are essential components of the female reproductive system. During menopause, estrogen levels drop significantly. Isoflavones are able to bind to estrogen receptor cells, so the body doesn’t feel as though it is going through such a dramatic change. This can ease many of the symptoms of menopause such as mood swings, hot flashes, and hunger pains. Menopause can be a traumatic time of life for many women and soybeans are a great way to ease that major life transition.

One of the most common elements lacking in many people’s diets is dietary fiber, which is present in high quantities in soybeans. Fiber is an essential part of a healthy body, particularly in terms of the digestive system. Fiber bulks up your stool, making it move through your digestive system smoothly. Furthermore, it stimulates peristaltic motion, which is the contraction of the smooth muscles that push food through your system. It is vital also because constipation can be a very serious condition that can lead to serious conditions, including colorectal cancer.  Soybeans also contain the carbohydrate known as oligosaccharides known to stimulate the production of healthy bacteria in the intestines, thus serving as a great source of prebiotics.

Soybeans have a high vitamin and mineral content and the impressive levels of calcium, magnesium, copper, selenium, and zinc in them are also very important for healthy bones. All of these elements are essential for promoting osteotropic activity, which allows for new bones to grow and also speeds up the bone healing process. Eating soybeans can be a long-term solution for problems like osteoporosis, which commonly occurs as we age.

The high levels of vitamin B complex and folic acid in soybeans are very important for pregnant women. Folic acid ensures the prevention of neural tube defects in infants, which ensures a happy and healthy baby.

Soybeans are rich and highly nutritious legumes, as per the Journal of the American Dietetic Association. Copper and iron are two minerals found in abundance in soybeans and both of these are essential for the formation of red blood cells. With an appropriate amount of red blood cells in the body, extremities of the body and essential organ systems can get the blood flow and oxygen they need to function efficiently. This maximizes metabolic activity and increases energy levels, while also avoiding dangerous conditions like anemia. The isoflavones in soybeans help to improve blood flow by reducing plaque formation in the walls of the artery.

Soybeans are an effective method of prevention and management of diabetes, primarily because they have shown an ability to increase insulin receptors in the body, thereby helping manage the disease effectively or prevent it from occurring in the first place. Additionally, soybeans have a lower carbohydrate content which makes it a great addition to anti-diabetes meals.

Soybeans help in reducing sleep disorders and the occurrence of insomnia. They also have a high content of magnesium, as highlighted by researchers from the University of Kentucky in their study published in the journal Plant Physiology. Magnesium is directly linked to increasing the quality, duration, and restfulness of your sleep.

Side Effects of Soybeans

Estrogen Levels: Since there are estrogen-mimicking compounds in soybeans, men can occasionally develop a hormone imbalance if they consume high amounts of soybeans or soy milk. In men, this can lead to infertility, sexual dysfunction, lower sperm count, and even an increase in the chances of certain cancers.

Goiter: There are certain anti-thyroid compounds in soy that can disrupt the activity of the thyroid gland and result in goiter, as well as an interruption of normal hormonal activity in the body.

Besides these effects, soy is a healthy and beneficial choice for millions of people around the world. Give it a try! 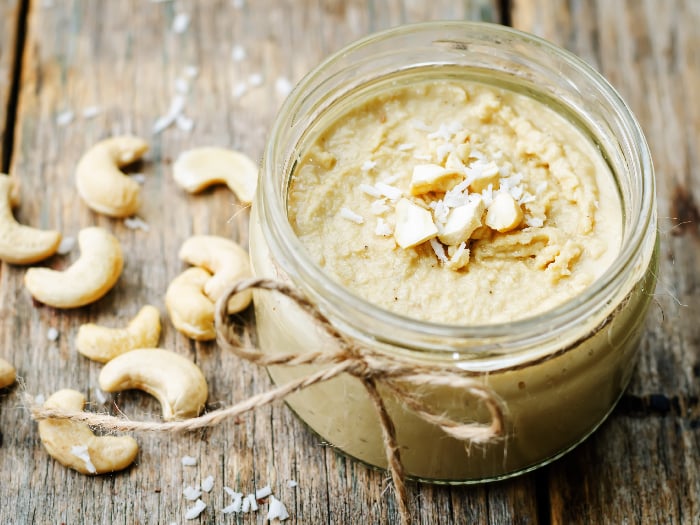 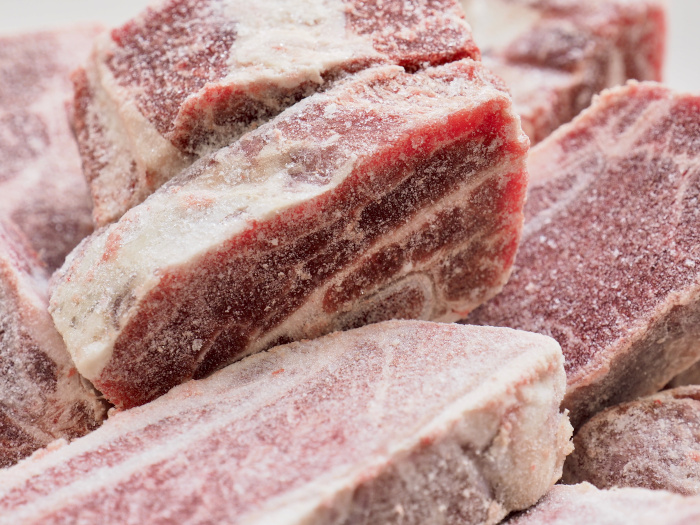 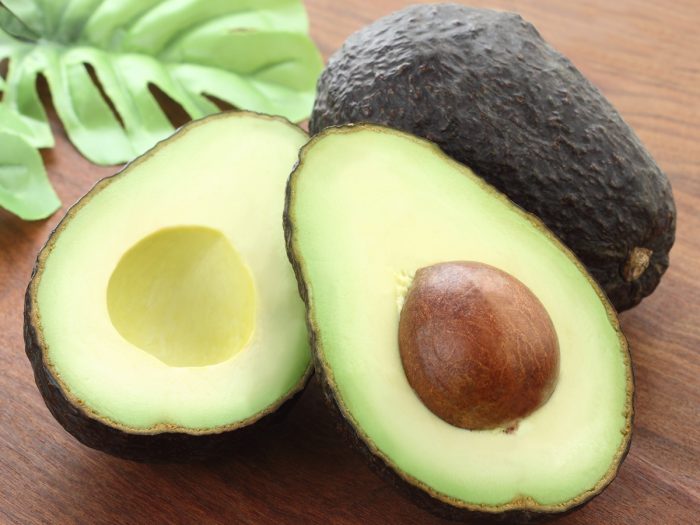 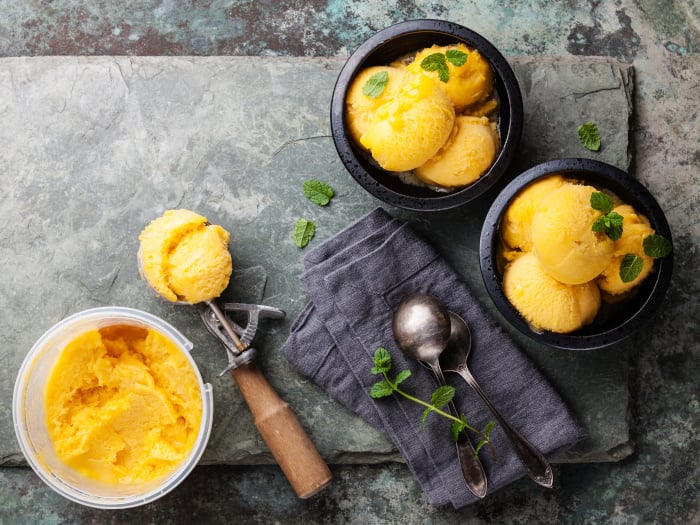