According to a study published by Dr. John D Potter et al., 1993, colon cancer occurs when there is abnormal cell growth in the large intestine (colon), the final part of your digestive tract. This can lead to organ failure and be fatal. Initially, colon cancer may start as small, benign polyps that may develop into the disease over time.

While radiation, chemotherapy, screening, and targeted therapies are always improving, colon cancer remains one of the deadliest types of this disease. For that reason, people often seek herbal and home remedies as they usually only require a dietary or behavioral change to positively support your body’s defenses. Now, let’s take a closer look at some home remedies for colon cancer. 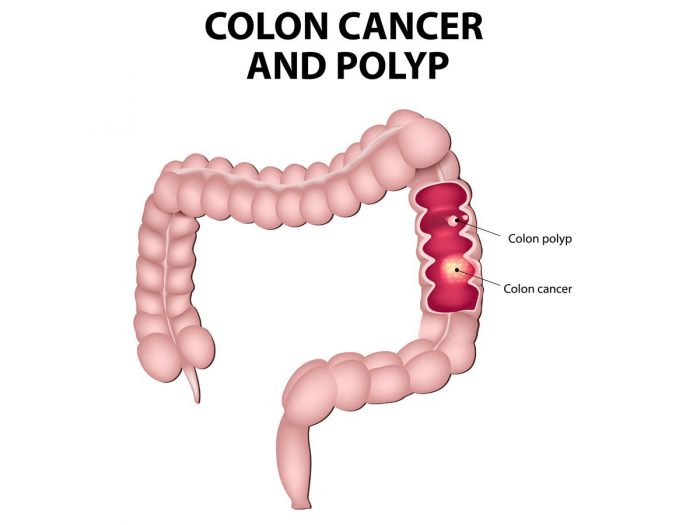 Here are the best home remedies for colon cancer including:

According to Dr. Michael J. Wargovich’s study published in the Journal of Korean Medical Science, the high concentration of antioxidants in ginseng directly inhibits the proliferation of cancer cells, and can even induce apoptosis (automatic cell death) in cancerous cells. Ginseng tea remains a popular recommendation for a wide variety of ailments, particularly serious conditions like cancer.

As per a study published in the Nutrition and Cancer Journal, green tea is a rich source of organic compounds like catechins and epicatechins that decrease the presence of free radicals and lower the risk of cancer; by preventing the spread of cancerous cells and having an anti-tumor effect. Add green tea to your daily diet as the best way to not only treat colon cancer but prevent it from developing in the first place!

Regular, moderate exercise is highly recommended for general health and well-being, but when suffering from colon and other cancers, getting the blood flowing and boosting the metabolism is particularly important, says a study published in the American Journal of Epidemiology in 2016. Exercise can help to detoxify the body and stimulate the immune system, while also eliminating some peripheral causes of chronic disease and cancer, such as diabetes and obesity.

Dr. Michael J. Wargovich published a study in the Carcinogenesis Integrative Cancer Research Journal, which states that garlic contains the powerful active ingredient allicin that can be used to prevent the spread of cancerous cells and repair damage to tissues. Double-blind studies have shown that garlic can neutralize cancerous cells without damaging nearby healthy cells. This is one of the major complaints with more formal treatments for cancer, so garlic truly is one of the best anti-cancer agents in your pantry!

A study published by a team of Canadian researchers states that flax oil is rich in omega-3 fatty acids, which is a form of “healthy fat” that decrease or inhibit pro-inflammatory molecules throughout the body, including the colon, thereby preventing the spread of cancer.

Along with other oily fish, such as mackerel and tuna, salmon is a rich source of omega-3 fatty acids. A report published in the Pharmacology and Therapeutics Journal states that omega-3 fatty acids can not only directly lower the risk of cancer due to its antioxidant behavior, but it can also help to reduce peripheral symptoms or health issues that contribute to cancer, such as obesity, heart disease, and diabetes.

A Journal of Agricultural and Food Chemistry report, published in 2005, states that blueberries are the holy grail of antioxidants, all of which can have a positive effect on fighting cancerous cells and improving the strength of your immune system. They can eliminate free radicals and reduce cellular mutation to significantly lower your risk of all cancers.

The nutrient-dense nature of spinach, as well as its high content of fiber, makes it an ideal remedy for colon cancer, says Dr. Martha L Slattery and her fellow researchers in a study published in the American Journal of Clinical Nutrition. Some of the issues that can exacerbate colon cancer include constipation and hemorrhoids. One of the best ways to naturally treat those issues is through consistent fiber intake to help promote bowel regularity.

It’s commonly known that smoking causes a number of issues in the body as far as colon cancer is concerned, but, according to a report published in the Journal of the National Cancer Institute, smoking does increase the speed at which polyps develop in the colon, and thus the speed at which some of them can become cancerous. By quitting smoking, you eliminate dozens of carcinogens from the system that all contribute to compromising the body and immune system.

This vegetable oil is a good remedy because of its rich phenolic content that works to eliminate cancer. Researchers from the Harvard School of Public Health published a study in the Preventive Medicine Journal which states that olive oil promotes important enzyme production in the gut and intestines to improve nutrient uptake and protect against cancerous invasion.

Curcumin, the active ingredient in turmeric, has been directly linked to apoptosis in a number of lab study settings. In other words, by adding turmeric to the diet, you can release a wave of antioxidants into your system, helping to stop cancer in its tracks, says a team of American researchers from the University of Wisconsin in their study published in the Cancer Letters Journal.

Colonoscopies monitoring polyps are a common preventative method, as the polyps can be removed and identified as cancerous or benign.

Word of Caution: As mentioned before, colon cancer is one of the deadliest and common cancers around the globe. As per a report mentioned in the National Cancer Institute, if colon cancer is not diagnosed and treated quickly, it can metastasize and lead to low quality of life, and eventually death. Therefore, it is important that you have regular checkups, particularly regular colonoscopies after the age of 50. These home remedies are intended to be complementary treatments and ways to prevent and speed the recovery process, not as replacements for formal cancer treatment.