The most effective home remedies for prostate cancer include the use of fish oil, soy, selenium, flaxseed, pomegranate juice, zinc, cannabis oil, lycopene, cayenne pepper, black cumin, and stinging nettle. We will also explore behavioral changes such as meditation and yoga.

Home remedies for prostate cancer include:

The link between soy products and prostate cancer is still being explored. A meta-analysis published in 2018 appears to show that soy food intake in populations from Asia, North America, and Europe, were significantly associated with reduced risk of prostate cancer. The phytoestrogens found in soy are known to be beneficial for women, but there appears to also be a link between male prostate health and this important substance, too!

Black cumin, scientifically known as Nigella sativa, is known to have benefits and has been traditionally used as an herbal remedy. Furthermore, recent studies are showing cumin’s positive effects with regards to prostate cancer, attributing it mainly to the presence of thymoquinone, known as an herb. It was found to be effective in vivo as well as in vitro in case of androgen-independent plus androgen-sensitive prostate cancer, according to a 2014 review article. Another 2007 study in the journal Cancer Research, also deems this phytochemical compound safe to be possibly used in the prevention of this cancer. 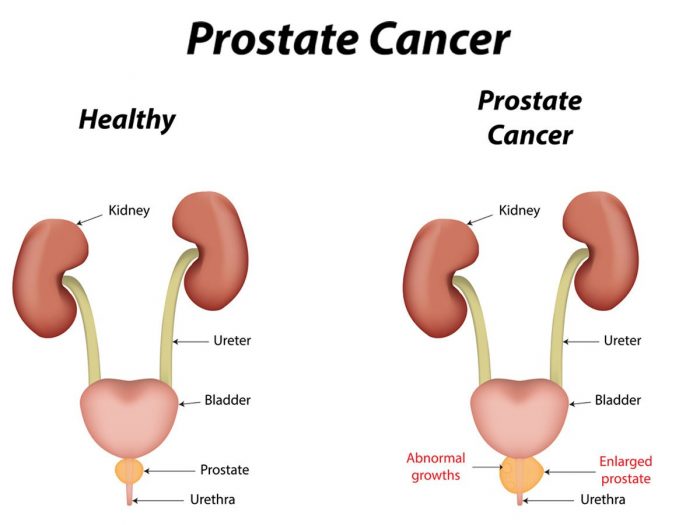 You might not like the idea of chomping down on a burning hot cayenne pepper, but studies suggest that capsaicin present in peppers might be good for you, especially against prostate cancer. According to a 2016 study published in the Anticancer Research, this compound has been shown to induce apoptosis in various types of cancers, including prostate cancer. Another 2016 study published in the Oncotarget journal suggests that capsaicin, in combination with other drugs or alone, could be developed into an alternative therapeutic approach. You can start by introducing a moderate amount of peppers in your regular diet.

As compared to other organs of the body except for the bones, the prostate maintains higher levels of zinc. While excessive use of elements like zinc is not recommended, maintaining the required levels might be helpful in terms of maintaining the overall health of this organ.

Not only are holistic practices like meditation beneficial against prostate cancer, but they also help improve overall physical and mental wellbeing. With regards to prostate cancer, a research article published in the Harvard Men’s Health Watch in 2007 studied the effects of long-term stress-reducing lifestyle changes such as meditation on men with newly diagnosed with prostate cancer who have decided against conventional therapy. The results suggest that such lifestyle changes might prove clinically beneficial and that regular exercise, stress-reduction practices, and a healthy diet are a reasonable addition to any prostate cancer program.

According to the National Cancer Institute, “cannabis is being used for people with cancer specifically for its antiemetic effects, appetite stimulation, pain relief and as a sleep aid.” Use of cannabis is banned/restricted in many countries, so consult your health specialist before use.

Lycopene is a carotenoid which lends shades of red color to fruits and vegetables. Tomatoes and its derivatives are considered to be rich sources of lycopene. Carotenoids are also known for their antioxidant activity. A 2019 paper studying the anticancer properties of lycopene suggests that it protects as an antioxidant and also has anti-inflammatory properties. Lycopene may also be involved in inhibiting cancer cell proliferation and has exhibited protective effects against prostate cancer.

While further studies are warranted, it is suggested that intake of lycopene is available in fruits and vegetables, rather than as supplements is advisable.

The stinging nettle plant is commonly used in the treatment of benign prostatic hyperplasia, a non-cancerous enlargement of the prostate gland. However, studies have shown that it might also have antiproliferative effects against prostate cancer.

A 2016 study in the Food Science & Nutrition Journal notes that the phenolic compounds present in might help by acting as an anticancer agent. Another 2014 study in the Tropical Journal of Pharmaceutical Research concludes that the Urtica dioica, on the basis of further studies, could be developed into an anticancer drug.

The use of yoga as complementary and alternative medicine in cancer, as well as a part of stress reduction for such patients, is on the rise. A 2018 paper studying the integration of yoga in cancer care notes that it has several beneficial effects. While it helps in alleviating some extreme symptoms caused by the disease, it is useful while dealing with the side effects of treatment. Moreover, it is also cost-effective, non-pervasive, and non-toxic as compared to pharmacological interventions.

Another 2017 study in the International Journal of Radiation Oncology also associates structured yoga intervention with a significant reduction in radiation therapy-induced fatigue, in addition to some pre-existing symptoms. An improvement in the overall quality of life is noticed amongst regular practitioners of yoga.

Pomegranates are of interest owing to their polyphenol content, which provides antioxidant and anti-inflammatory properties. Pre-clinical studies suggest that pomegranate juice could help in inhibiting the growth of the prostate tumor. Research also observed that it could delay the growth of prostate-specific antigen, specifically by slowing the doubling time. While the inclusion of pomegranate juice in your diet should have some benefits, understanding its full potential against prostate cancer needs to be backed by some clinical studies.

Not only has flaxseed been used traditionally for its health benefits, but it is also being hailed now as a functional food. The plant is used as a dietary fiber source, while the seed is a significant source of alpha-linolenic acid. The 2014 research article also notes that flaxseed lignans, as well as omega-3 fatty acids, might have a protective effect against prostate cancer. Another study published in the journal Cancer Epidemiology, Biomarkers and Prevention also finds that including flaxseed in the diet has protective effects against prostate cancer, especially as compared to restricting dietary fat.

The American Institute for Cancer Research also mentions flaxseeds as food which could help with cancer, suggesting the various ways it could be included in your diet.

As with flaxseed, fish oil derived from source is also rich in omega-3 fatty acids, whose deficiencies have been linked to an increased risk of cancer. A 2017 review article published in the journal Cancer Translational Medicine notes that fish oil could also help in enhancing the anticancer properties of anticancer drugs.

A Final Word of Warning: The danger of metastasis is very real in all cancers, including prostate cancer. You should always see a trained oncologist or medical professional when deciding on a cancer treatment plan. These home remedies are suggestions for various stages of cancer and work as complementary and alternative treatments rather than standalone therapies. They should not replace formal treatment for this very dangerous disease.